Explore our entire collection. Search by place or object type 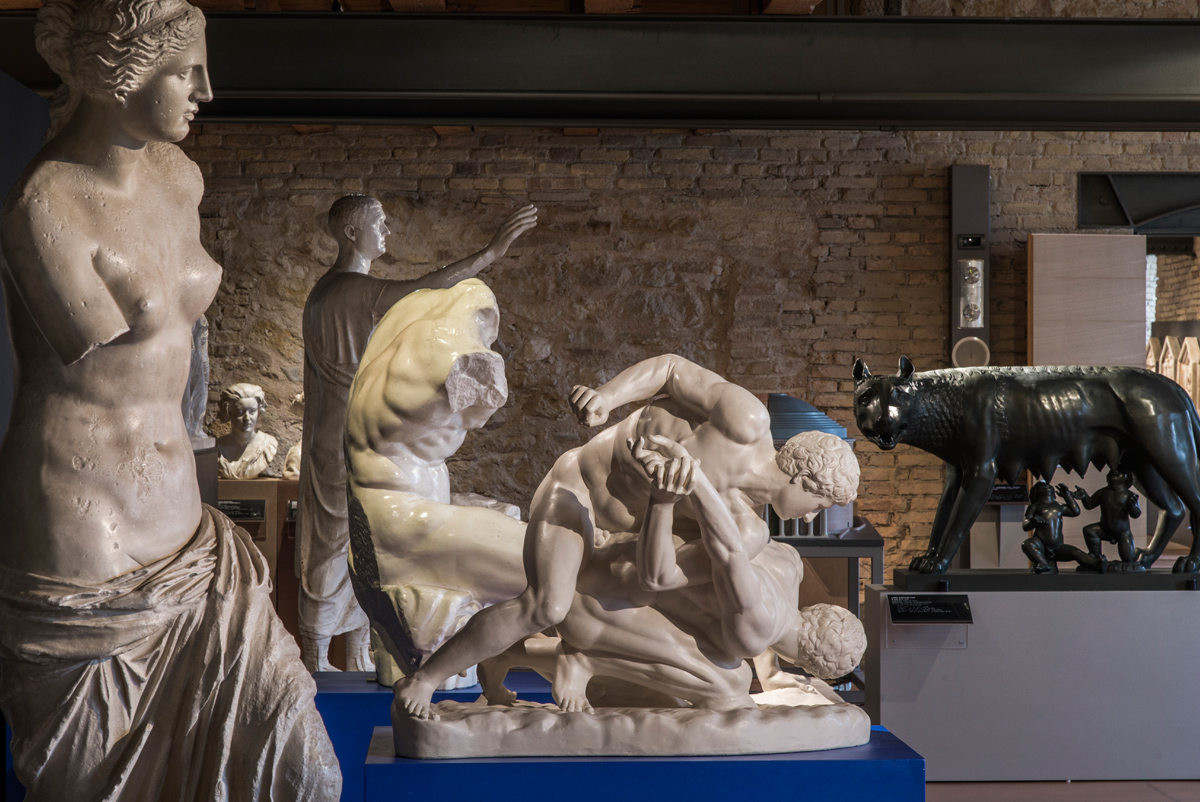 The exhibition, which can be accessed from the Internal courtyard of the Mole Vanvitelliana, occupies 1500 square metres over two floors and displays more than 150 works. The current spaces are final, the exhibition layout is temporary.

Casts from true copies, in plaster and resin, of undisputed masterpieces of classic art, from ancient Greece to the Renaissance, interact with our architectural models: the Discobolus, the Winged Victory of Samothrace, the Poseidon of Cape Artemisio, the Venus de Milo are placed near the scale model of the Parthenon; the Capitoline She-wolf and Roman portrait statues accompany the volumetric and sectional models of the Pantheon.

Next there is the Medieval section with examples of the Romanesque and Gothic styles, then the Renaissance area where models of Florence Cathedral and St Peter’s Basilica in Rome provide the setting for, among others, the mighty works of Michelangelo: the Pietà from St Peter’s, the Rondanini Pietà, the Pitti Tondo and the Taddei Tondo, Moses, David and still more.

All the exhibits can be explored and enjoyed through touch. Descriptions are available in Braille and in large print and there are mobile platforms with stairs for exploring the tallest sculptures.

In the early 1990s, the Museo Omero began collecting works which were carefully selected to illustrate the history of sculpture. The collection has grown over the years thanks to numerous acquisitions and it now contains about 300 works including casts from true copies of ancient and modern works, original 20th century and contemporary sculptures, scale architectural models, volumetric models and original archaeological finds.

The next step for our collection: setting up the definitive exhibition layout in the current areas where about 300 works will be displayed along an innovative, multi-sensory and technologically advanced pathway.