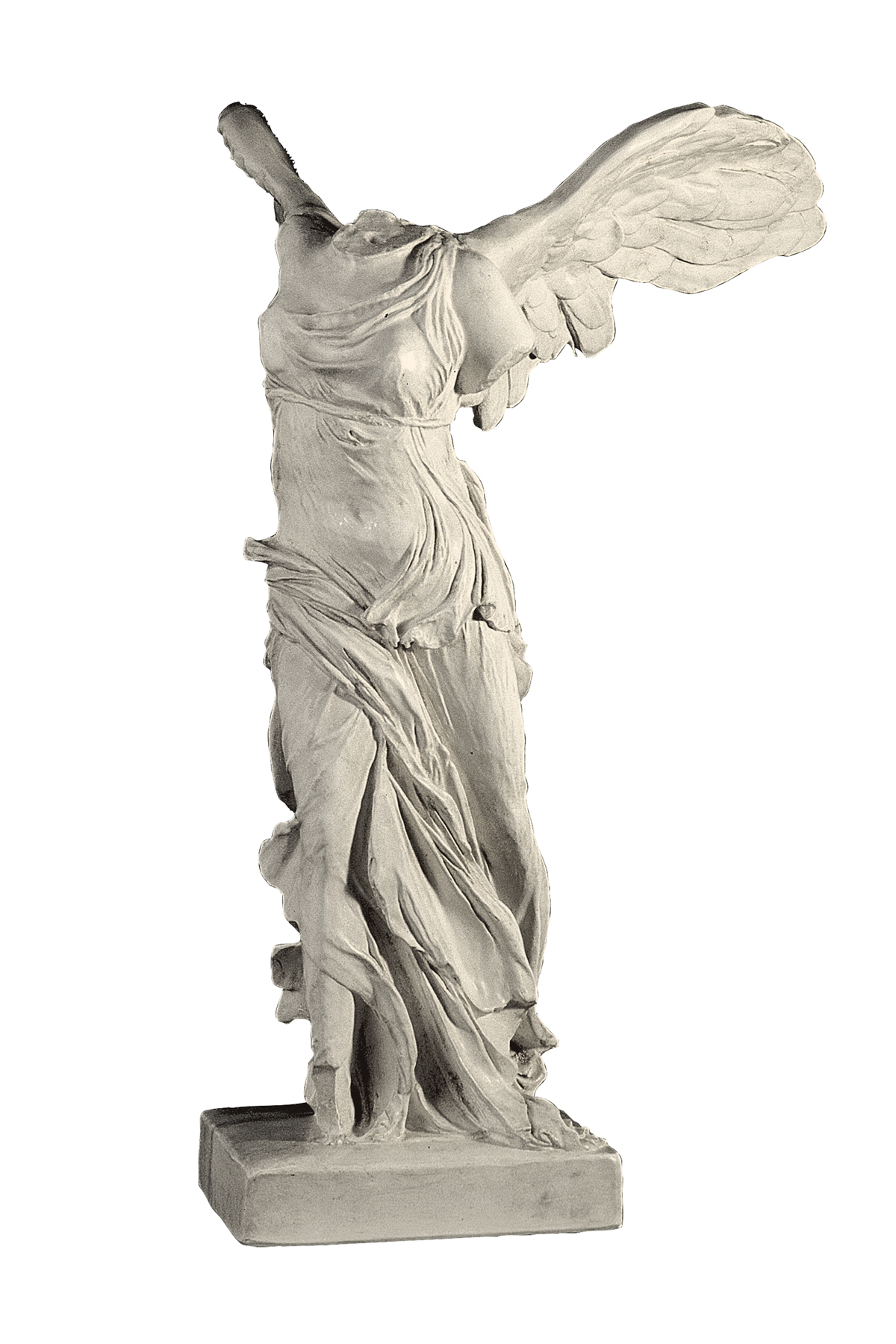 “Headless, without arms, separated from her hand which has only recently been recovered, weathered by all the winds of the Sporades, the Victory of Samothrace has become less woman and more sea breeze and air”, Marguerite Youncenar from “Time the great sculptor”.

The “Nike of Samothrace” is a sculpture representing the winged goddess of victory in the act of taking flight from, or landing on, the prow of a ship. The Museo Omero collection has two versions of the work: the first is a full-size cast of a true copy of the original (280 cm high), the second is a 1:3 scale version, which is most useful for tactile exploration.

The original work was carved in marble by the sculptor Pythokritos, of the School of Rhodes in 190 BCE to commemorate the victories of the Rhodian fleet over Antiochus the Third, King of Syria. It was originally placed on the prow of a large marble ship on a hill facing the Sanctuary of the Cabeiri, on the Greek island of Samothrace.

The female form is covered by a light chiton, a typical Greek tunic, and has two large wings, while the head and arms have been lost. However, even in its incomplete state, it is a work of great beauty. The upright figure’s right leg bears her weight, while her left leg is set back, as if searching for balance as she lands or else producing the momentum needed to soar into the air. Her torso is pushed forward, while her wings, in contrast, extend backwards. As her arms have been lost, we can only guess which action the goddess was performing: her right was probably raised and she may have been holding a crown or playing a trumpet.

The beauty of this Nike derives in great part from her dress, whose draperies convey the invisible presence of the wind that blows on the divinity, supporting her flight. The “chiton” clings to her torso and legs because of the wind, revealing the form of her breasts, the curves of her belly, the slight hollow of her navel. Some of the draperies flutter and dance behind the goddess’s shoulders and legs, further suggesting the presence of a breeze. All these elements, which are clearly perceptible in tactile exploration, transmit a sense of dynamism and lightness to the work, typical traits of late Hellenistic art.