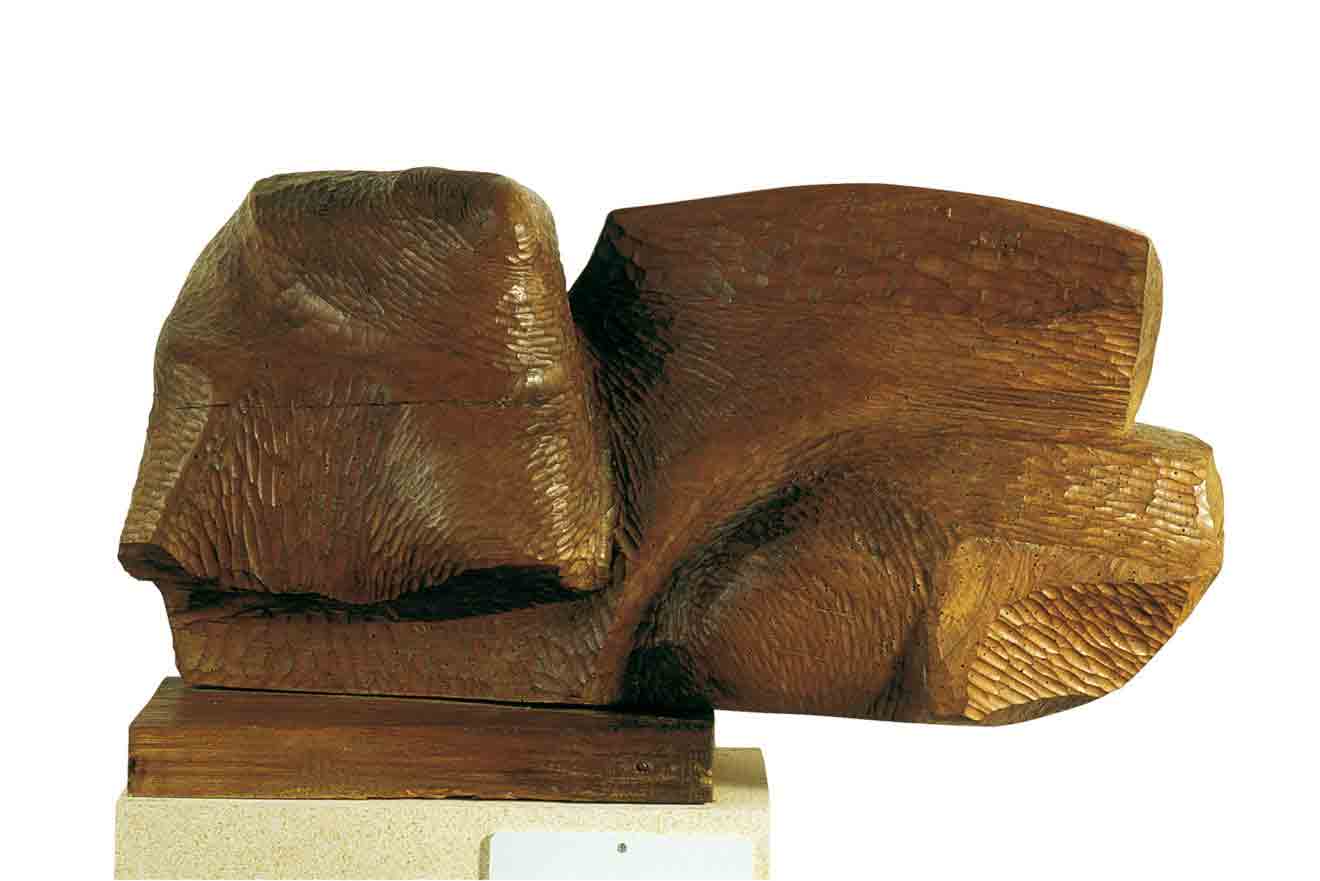 “My father used to say that works should be touched, their skin, their roughness should be felt, in short, the work should be perceived through all the senses”, Luca Sguanci.”

The wing of the world” is a sculpture by Loreno Sguanci, a native of Florence who moved to Le Marche in 1952. He carved the statue from a large piece of oak in 1962, after the birth of his daughter. The artist subsequently donated the work to the Museo Omero. It is approximately 48cm high, excluding the base, and 83cm wide.

The sculpture rests on a rectangular, not perfectly smooth, base. Its shape is reminiscent of a bird’s wing, with a more rounded part on the left that is separated by a substantial cleft from the other, more elongated, part where curved forms extend to the right. The entire surface of the reddish-toned, polished wood is decorated with small, shallow grooves which the sculptor has added to animate the work. These incisions follow, and accentuate, the curved lines of the wing. They also guide tactile reading, making the surface feel pleasant but also interesting and unpredictable.

The wing symbolizes the mind and the intellect that can move freely and range beyond the limits of forms and materials. The sculpture, which the artist also showed at the 1965 Rome Quadriennale, belongs to his Conceptual art period. In fact, he began forming the abstract shapes of his works around a leading idea, a concept, in the early 1960s. At that time, his preferred material was wood because of its warmth, solidity and natural flexibility.