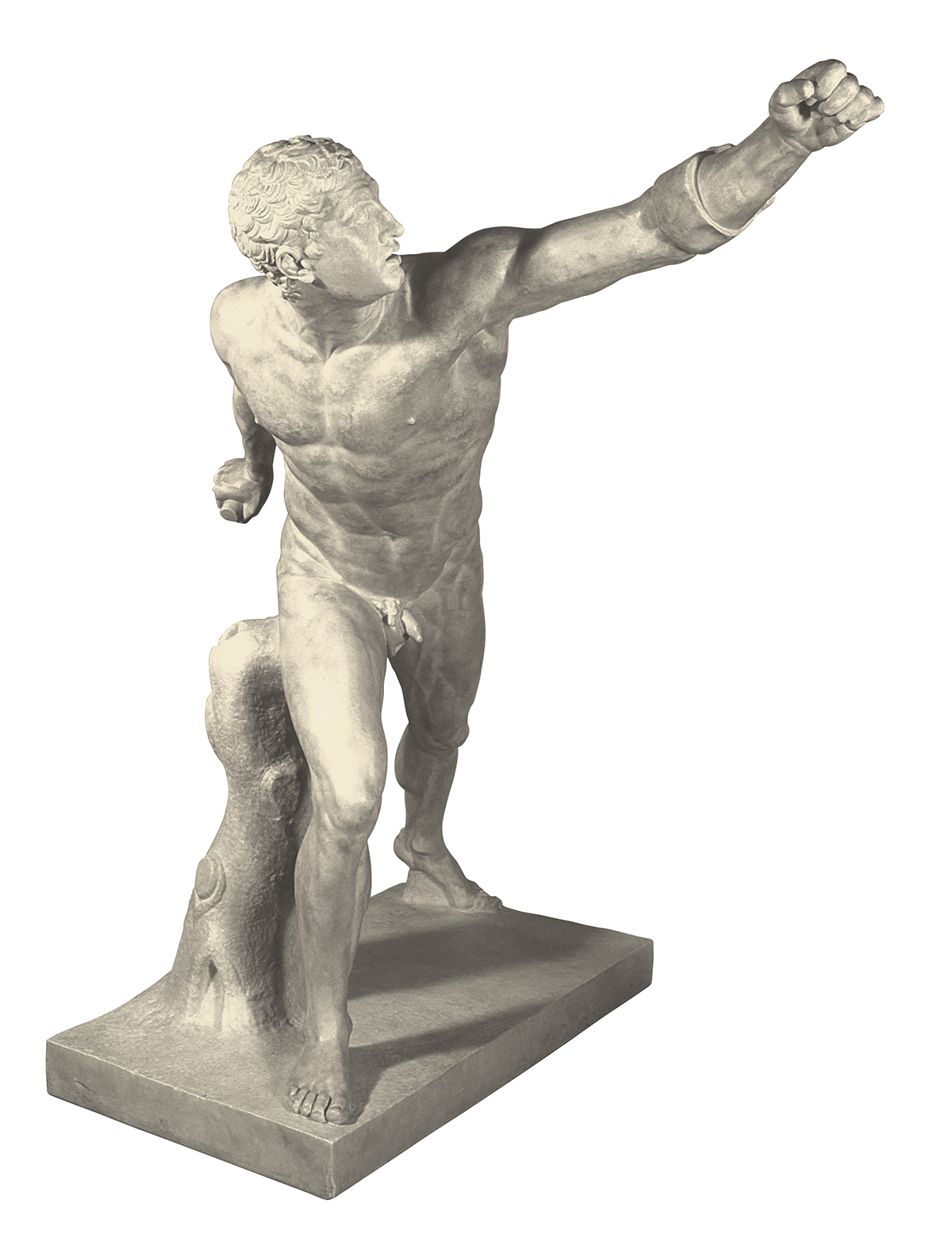 “In the Gladiator we see instead the synthesis of the natural beauties of a perfect age, without any additions from the imagination”, Johan Joachim Winckelmann.

The original artwork (199cm tall) was carved by Agasias, son of Dositheus of Ephesus, in the 1st century BCE. He was probably a copyist, and this sculpture is his only signed work that has survived. It was found at Anzio at the beginning of the 1600s, during the excavations promoted by Cardinal Borghese who added it to his private collection.

The Museo Omero has a copy from a true cast of the original which is on display at the Louvre.

The work depicts a naked young man, portrayed in an attacking or defensive posture during a battle. He has been erroneously identified as a gladiator, but is more probably a warrior.
The body lunges forward, its momentum accentuated by the long diagonal that runs from his left foot which is stretched backwards up to his left hand which stretches upwards, holding a shield that is now lost. If the left side of the body is engaged in the action, the right seems to support it: the right arm reaches backwards along the torso probably hiding a sword, now lost, while the right leg is bent forward, with the foot placed firmly on the ground, supporting the weight of the body.

The head, which is small in comparison to the rest of the body, is turned towards his left.
He is looking up at the hand that held his shield in the original. His mouth is open, his features twisted into an expression of pain. The Gladiator’s right thigh rests on a prop in the form of a tree trunk that bears the artist’s signature: “Agasias of Ephesus, son of Dositheos”.
The expressiveness of the face and the excessive pathos in the movement reveal that it is a masterpiece of Hellenistic art, but the work also shows that the sculptor was influenced by the style of Lysippos and the school of Pergamum, especially in the presence of the prop and in the reduced proportion of the head compared to the rest of the body.

Agasias was able to reinvigorate Lysippos’ sculptural modelling by merging it with the pathos typical of the Hellenistic period. The artist used a ten-ton block of marble for this statue.