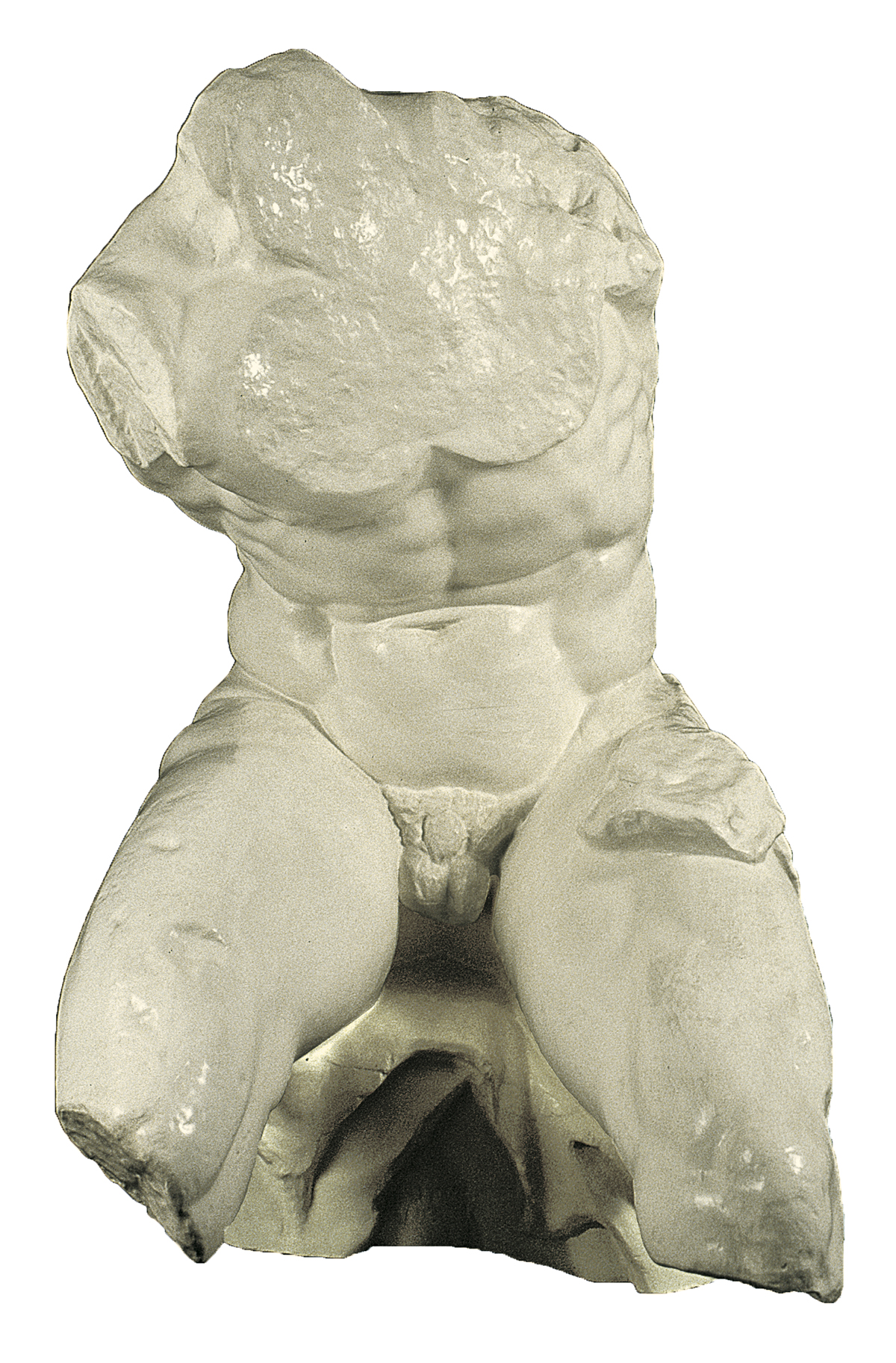 “A marvellous oak tree cut down and stripped of its branches and fronds”, Johann Joachim Winckelmann.

The Museo Omero has a true copy of the marble torso which once stood in the Cortile del Belvedere in the Vatican.

Dating from the 1st century BCE, it represents a colossal nude male torso, bereft of the head, arms and lower legs, captured in the act of twisting to the left, perhaps in an attempt to rise from the rock where he appears to be seated. It is characterized by a massive musculature and a high degree of precision in the anatomical representation.
Its incompleteness makes it impossible to identify the subject, but given the powerful body structure and musculature, it could well depict a mythological hero such as Philoctetes, Ajax or Hercules, seated perhaps after completing one of his mythical labours.

Its origins and how it arrived in the Belvedere courtyard are also mysterious. The great sculpture is signed by a certain Apollonius, son of Nestor, which could indicate the author’s name, if the sculpture were original, or the name of a copyist of the Neo-Attic School, who was inspired by a 2nd century BCE bronze.
Neo-Atticism aimed to re-evaluate the Classical roots and artists who made Greek art great. The Neo-Attic sculptors were particularly active in Rome where the patricians adorned their gardens and villas with their artwork; it can almost be said that the Romans learned about Greek sculpture through the copies created by the Neo-Attic artists, who subsequently handed on the craft to Roman sculptors.

Many Renaissance and Neoclassical artists admired and studied this sculpture, most notably Michelangelo, who called himself a “disciple of the Belvedere Torso” and who was probably inspired by it when painting the Nudes (Ignudi) on the Sistine Chapel vaults.