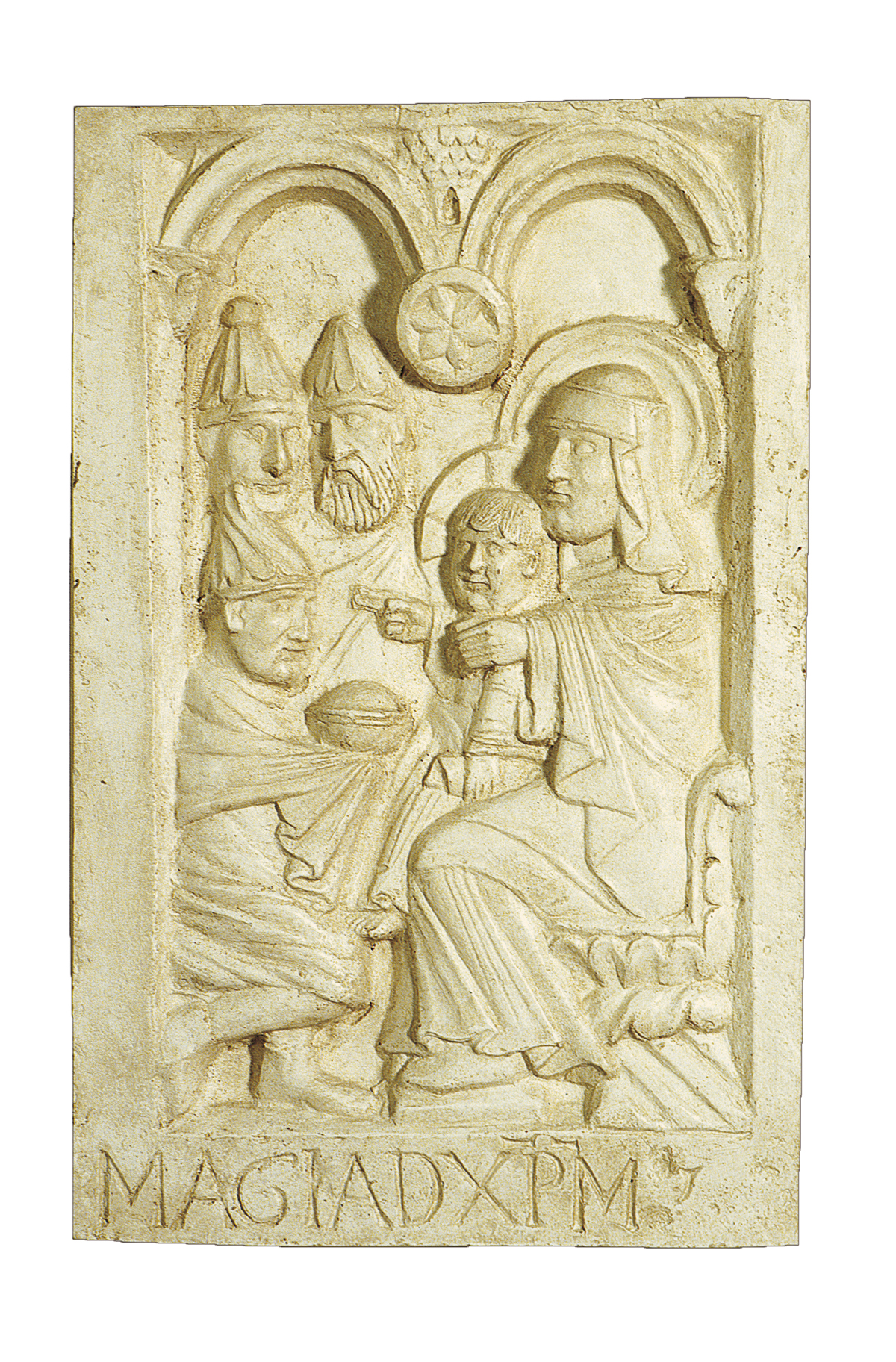 “And when they were come into the house, they saw the young child with Mary his mother, and fell down, and worshipped him: and when they had opened their treasures, they presented unto him gifts; gold, and frankincense, and myrrh”, Matthew 2: 11-12.

The Adoration of the Magi is vertically oriented and surmounted by two round arches. Below the left arch, Mary is seated on a chair, holding the baby Jesus in her arms. He is shown in the act of blessing the Magi who are gathered below the right arch. They are wearing long robes and conical headdresses. One of them is kneeling before Christ, offering him an oval container. Behind him, we can see the faces of his companions and the torso of one of them. Although the author tries to characterize the figures by carefully representing details of their clothing (for example the headdresses of the Magi), the figures appear rigid in their movements and disproportionate (e.g. Mary’s arm is too short compared to the rest of her body).

The origin of the abbey dates from 752 CE when Aistulf, King of the Lombards, donated some land to his brother-in-law Anselm, saint and founder of the abbey. Named after St. Sylvester, whose relics it houses, it became a Benedictine monastery and a place of hospitality and pilgrimage.
This panel is on the right doorjamb, among other episodes from the childhood of Jesus.
The panels are of different sizes but are all rectangular. Most of the scenes depicted are surmounted by two round arches and are vertically oriented. There are two sequences, with the earliest episodes at the bottom. The series on the right doorjamb depicts stories from the childhood of Jesus, while the panels on the left illustrate episodes from the history of Nonantola Abbey, with particular reference to the figures of St. Anselm, St. Sylvester and St. Adrian.