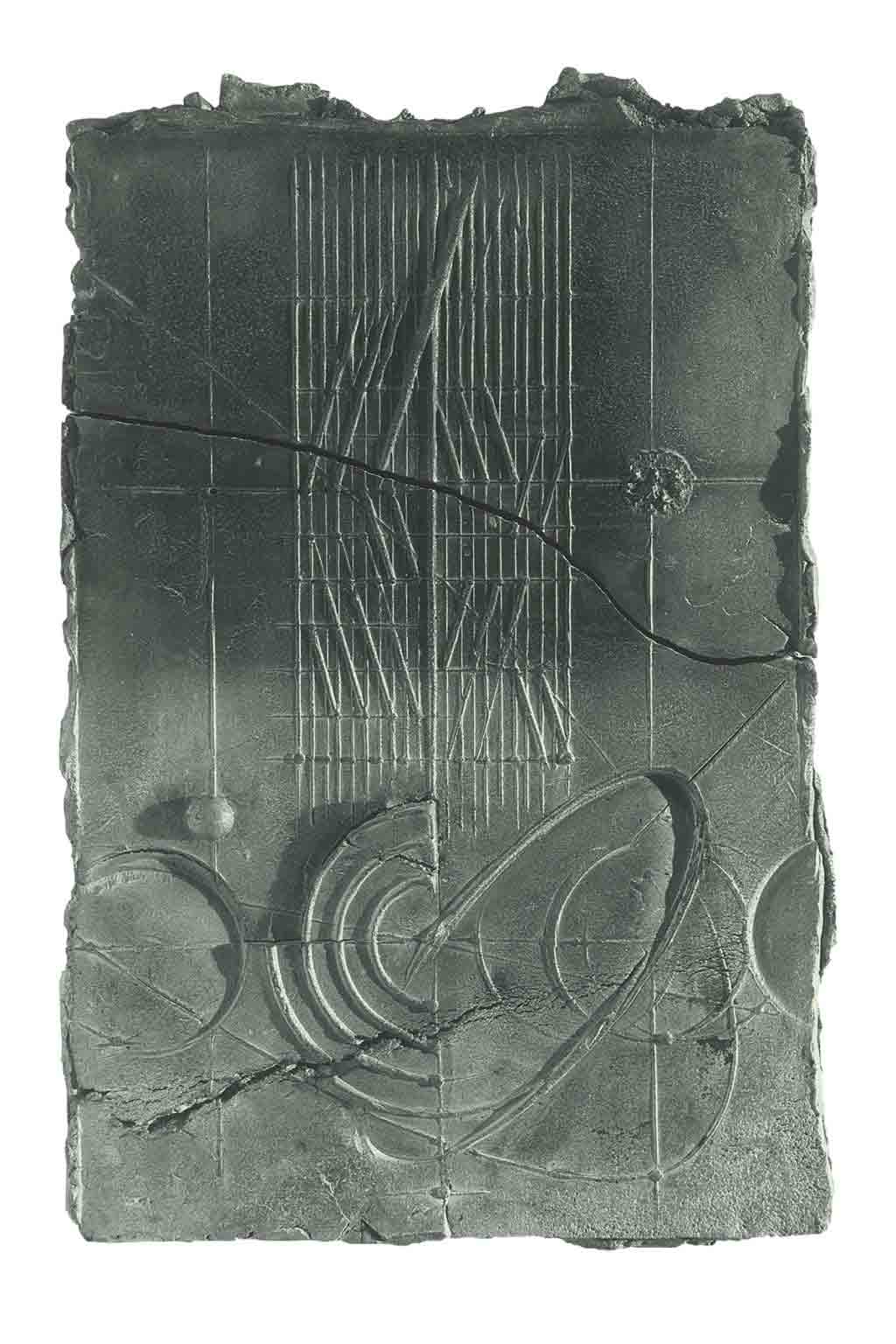 “You raised to the sky / Your gaze and there contemplated / Its secret fabric… / Your geometrical clarity / Has brought them into sight / With natural harmony… / Now they are maps and measures / For celestial navigation”.

The poet Eugenio De’ Signoribus dedicated these words to the sculptor Walter Valentini, born in Pergola and author of the twin artworks “Superficie” (Surface) and “Di-segno2 (De-sign/Drawing) which he donated to the Museo Omero for the fourth Arteinsieme Biennale where he was the featured artist.

“Superficie” is a dark grey, low-relief artwork, moulded in clay, then fired using a particular technique where a patina is applied to obtain its characteristic grey tone.

The space in which the relief was created is rectangular and set vertically (41 x 63 cm). The upper central part is occupied by a dense sequence of parallel vertical lines, crossed by other shorter segments, which give life to a rhythmic scansion of the space. The centre of the lower part of the slab is occupied by a series of concentric semicircles. These are flanked on the left and on the right by open ellipses and circumferences, almost as if they are to be completed by the viewer. Thus, a contrast is created between the geometrical lines that characterise the upper part and the sinuous ones in the lower part. Orbits, ellipses, lines and spheres seem to suggest drawings of imaginary constellations, giving life to a personal celestial cartography.

The surface of the slab presents evident cracks. The edges are also ragged, breaking up the geometry of the rectangular perimeter.