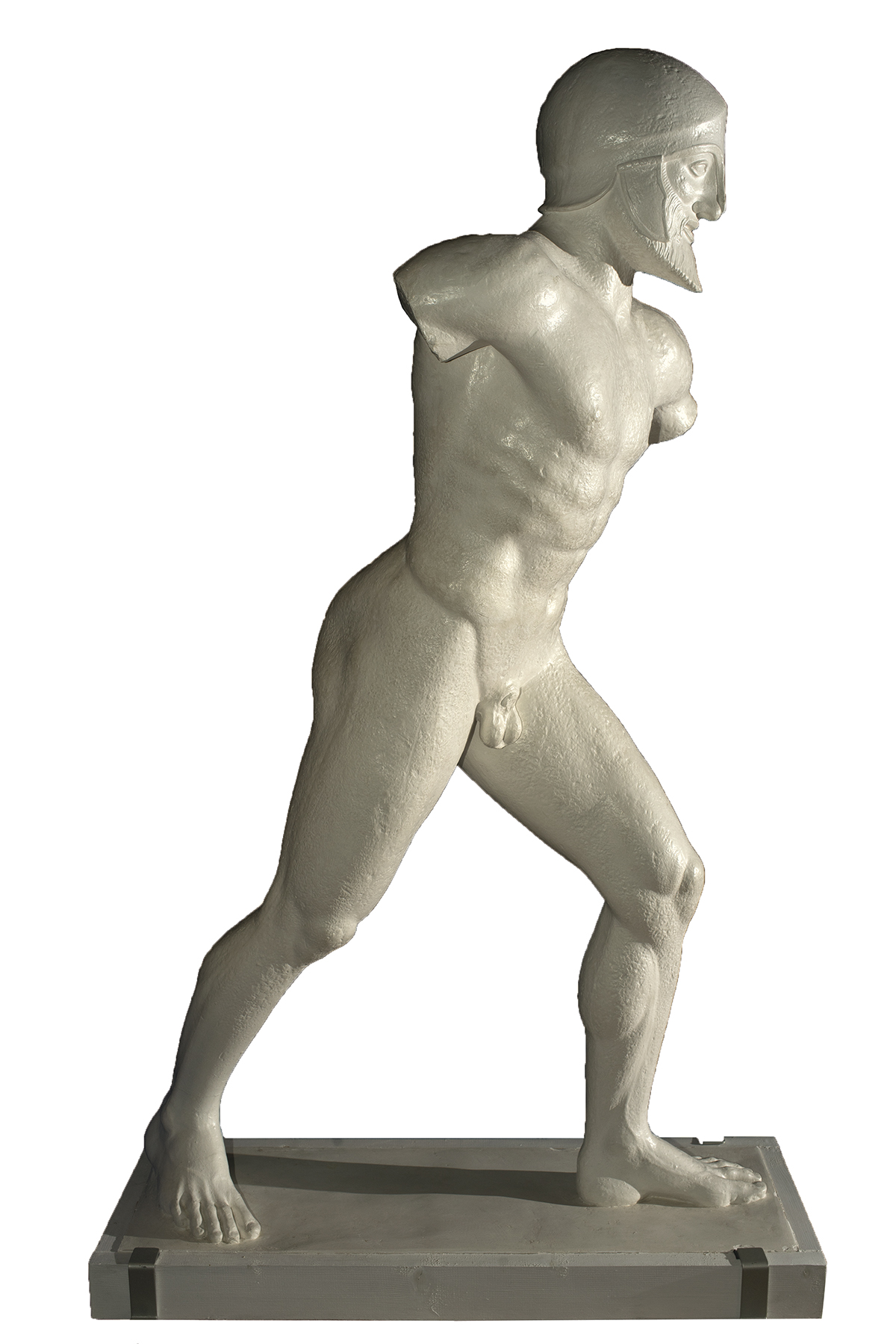 “Alone without any god the Trojans and the Achaeans thus remained in battle. Several times they launched attacks between the Simoenta and the Xanto; several times now on that side and on from this, with uncertain feathers Victory flew”, Omero, The Iliad, Book Six.

This sculpture is an alabastrine plaster copy from a true cast of one of the figures that used to adorn the pediment of a temple dedicated to Athena Aphaia in the Greek island of Aigina. The Glyptothek of Munich houses what remains of the two pediments. Some statues were restored by the Neoclassical sculptor, Bertel Thorvaldsen.

The warrior depicted in this sculpture comes from the east pediment, which dates from about 480 BCE, at the height of the Archaic period and style. The figure is incomplete as the copy shows the original without the later additions. The warrior is shown naked, except for a helmet. He is leaning forwards. His left leg has taken a long step ahead and is bent to support weight of his body while his torso continues the diagonal line of his right leg. The arms are missing, but Thorvaldsen’s reconstruction suggests that the left was stretched forward to parry his opponent’s blows, while the right was behind the body holding a long sword, ready to strike.

Several of the original sculptures still show traces of colour and the modelling of their muscles demonstrates a remarkable knowledge of anatomy and ability to depict human postures and volumes. The surfaces of our warrior are rough and irregular to the touch. This roughening was probably to ensure the adhesion of the base coat for the colour.
The figure of Athena Aphaia was placed at the centre of each of the two pediments, groups of warriors surrounding her. The scenes probably illustrated the exploits of Achilles and Ajax local heroes and grandsons of Aiakos, first king of the island) in the Trojan wars.