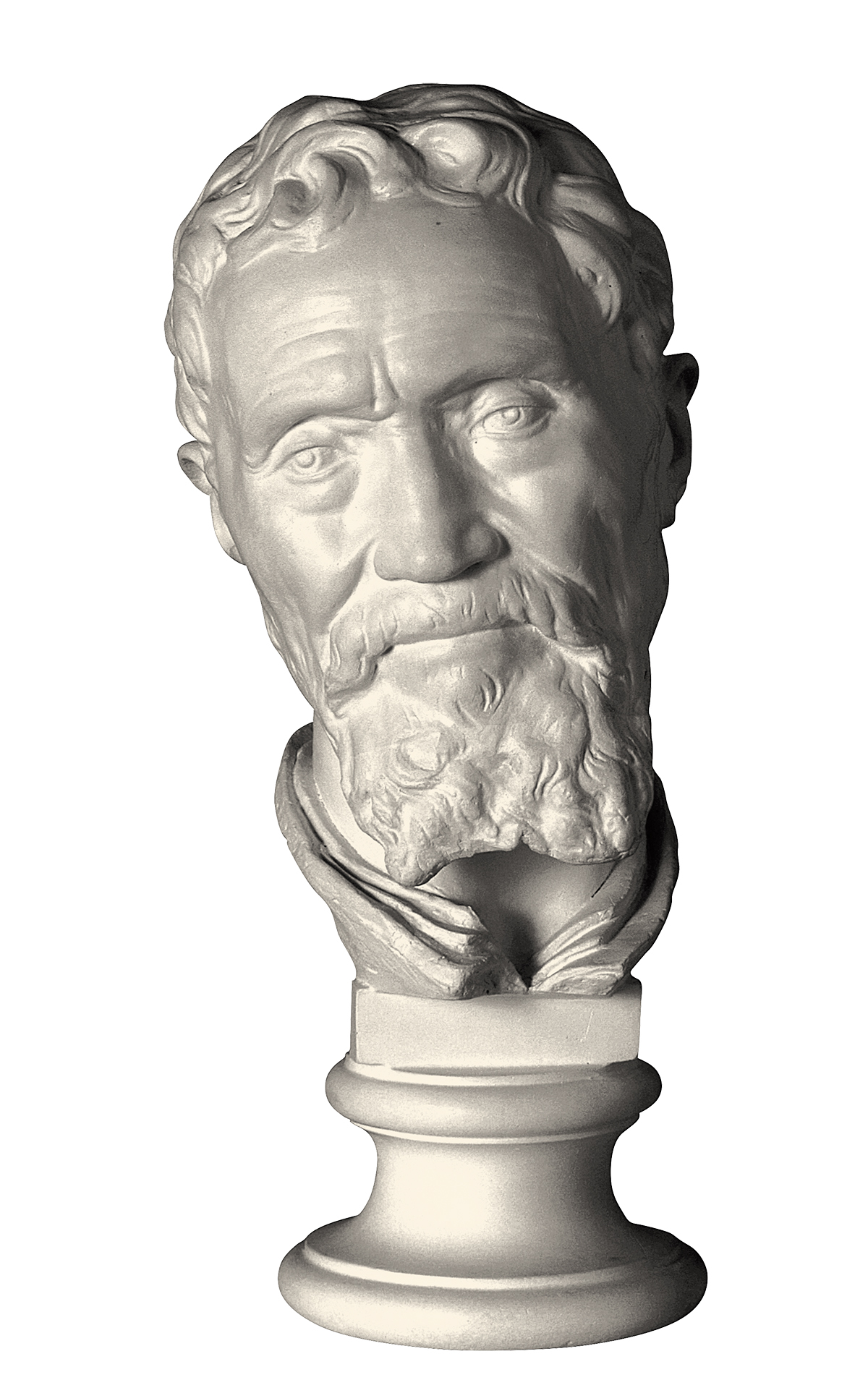 “He worked all Saturday, which was before the Monday that he fell ill; he worked all the Saturday of Carnival Sunday, he worked standing up, studying over that body of the Pietà”, Daniele da Volterra.

In the space dedicated to the Museo Omero’s “Beautiful and Accessible” section there is a true cast in plaster, about 46cm high, of the head of Michelangelo Buonarroti by Daniele da Volterra.

The bronze Bust of Michelangelo can be seen in the Galleria dell’Accademiain Florence together with other bronze replicas. Michelangelo died on February 18, 1564 in his home/studio in Rome. Lionardo Buonarroti, Michelangelo’s nephew and heir, gave the commission for a portrait scupture to Daniele da Volterra, the artist who had stayed with the master until his last moments. The portrait was based on Michelangelo’s death mask.

Curly hair and a goatee beard frame the face. His forehead is high and quite deeply lined, his temples are somewhat accentuated and protrude beyond his ears. His eyes are small and bulging and his expression both sad and acute. His nose is marred after having been been broken by a punch when he was a youth. His mouth is closed, with the corners drawn down, and is partially hidden by his moustache.

It is said that Michelangelo was not a handsome man, with a disproportionately large head and an almost skeletal body. Shy, a lover of solitude, energetic and passionate, he had an untamed force of will that was entirely directed towards a single purpose, art.
And only Daniele da Volterra (known as Il Braghettone, the breeches maker, for having been commissioned to censor Michelangelo’s “Last Judgment”) was able to capture the melancholy gaze and weathered face that so characterized Michelangelo Buonarroti.