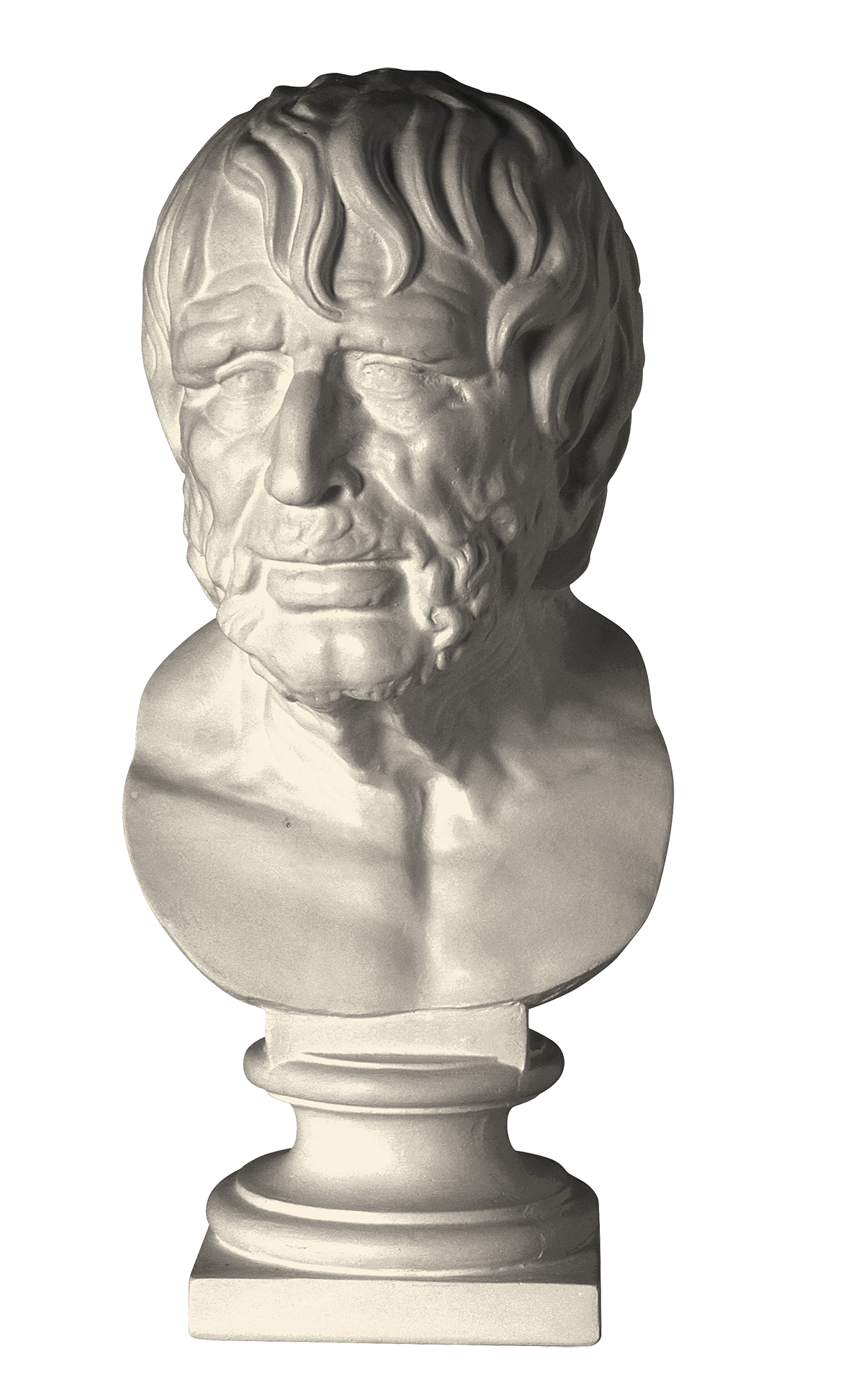 The Pseudo-Seneca is a Roman bronze head from the late first century BCE, which is conserved at the National Archaeological Museum of Naples. The Museo Omero’s “Beautiful and Accessible” Travelling Section includes a true cast in plaster, about 33 cm high.

The head depicts a high-ranking personality from Classical times. The gaunt, deeply-lined face reveals his advanced age. Long unkempt locks fall over his forehead and below his drawn-down brows, his large, deep-set eyes can be clearly perceived. His cheeks are furrowed by expression lines that draw the eye/touch to the straggly, patchy beard that reaches to his ears. His lips are slightly open, in an expression that conveys concentration. However, rather than an actual portrait of the esteemed Roman philosopher, the Pseudo-Seneca is believed to be a copy of a lost Hellenistic statue of an unknown Greek, dating from about 200 BCE.

It was discovered in Herculaneum in 1754. Other examples had been found a few years earlier in Rome and had been acquired by Cardinal Farnese. This portrait bust had also become part of the Farnese collection by 1598, which was when Fulvio Orsini first identified it as Seneca in his book, “Illustrium Imagines” (Illustrious images), on the basis of a perceived similarity to a bust, bearing the name “Seneca”, in Cardinal Maffei’s collection. In spite of Winckelmann’s protests, this appellation remained undisputed for more than two centuries, until 1813, when a very different, marble, portrait bust, bearing an ancient inscription, was found in Rome. This version was therefore deemed to be an authentic likeness of Seneca.

In the absence of any conclusive evidence as to the identity of the Roman bronze, it was decided to name him “Pseudo-Seneca”. 46 replicas have been discovered, almost all in Lazio and Campania. There have been numerous conjectures about who this undoubtedly famous man might be, including Hesiod, Callimachus, Apollonius of Rhodes and Aesop.