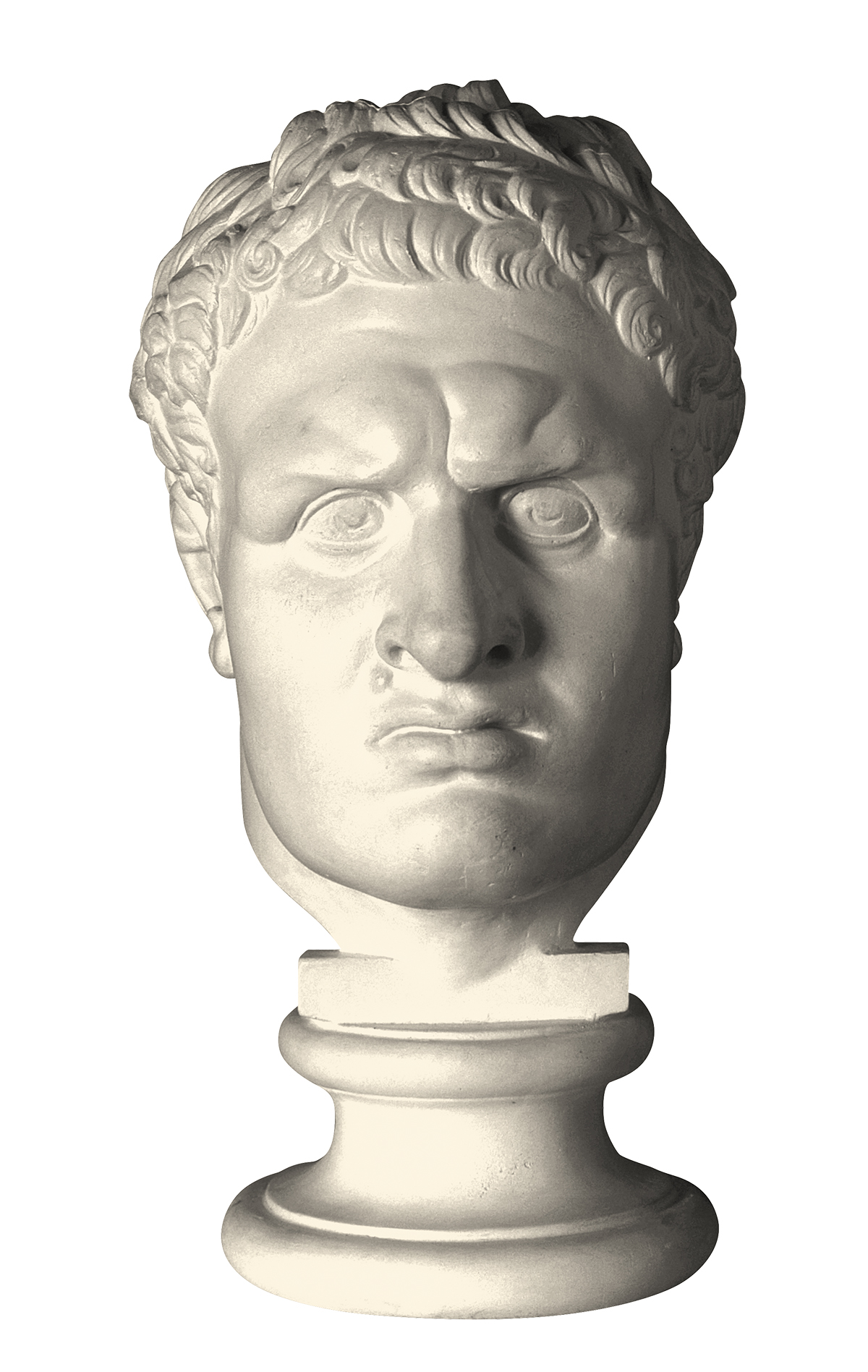 “Let the young man then alternate two things: the pencil and the chisel. These are the tools that guide him to immortality”, Antonio Canova.

In 1794, Antonio Canova conceived the group “I Pugilatori”, two sculptures that belong to the phase of maximum expressive tension in his work. The boxers represented are Creugas and Damoxenos, two Greek athletes, protagonists of a gruesome story. The original marble statues can be seen in the Vatican Museums, facing each other and imposingly tall at 225cm and 215cm respectively.

The Museo Omero has a plaster copy of a true cast of the head of Damoxenos that is about 47cm high. The cast is included in our Beautiful and Accessible travelling section.

His appearance is decidedly brutal and aggressive. Restless unkempt locks of hair outline his forehead. The bones of his head are prominent and the contracted muscles in the centre of his forehead convey his anger. His eyebrows are drawn down and close together, his deeply set eyes are wide open and glare at his opponent, conveying inhumanity and ferocity. His straight nose with its flared nostrils dominates his face. His tight-lipped mouth is drawn down at the corners. His whole face is an expression of ruthless violence, a real manifesto of hatred.

Every two years athletes from all over Greece competed in the city of Nemea. Damoxenos of Syracuse fought against Creugas of Durazzo but as neither of them won, it was decided that each fighter could strike the other just one blow to end the duel. Creugas threw a punch, Damoxenos struck him hard on his side and pulled out his bowels, causing his death. The blow was treacherous and the horrified judges punished Damoxenos with exile, while a memorial statue was erected to Creugas.

Antonio Canova created the two bodies with muscular tensions of considerable plastic effect, incorporating the strong physical energy, typical of athletes, in the poses. After purchasing the statue of Creugas, the Papal government commissioned a statue of Damoxenos to be placed next to him in 1806.