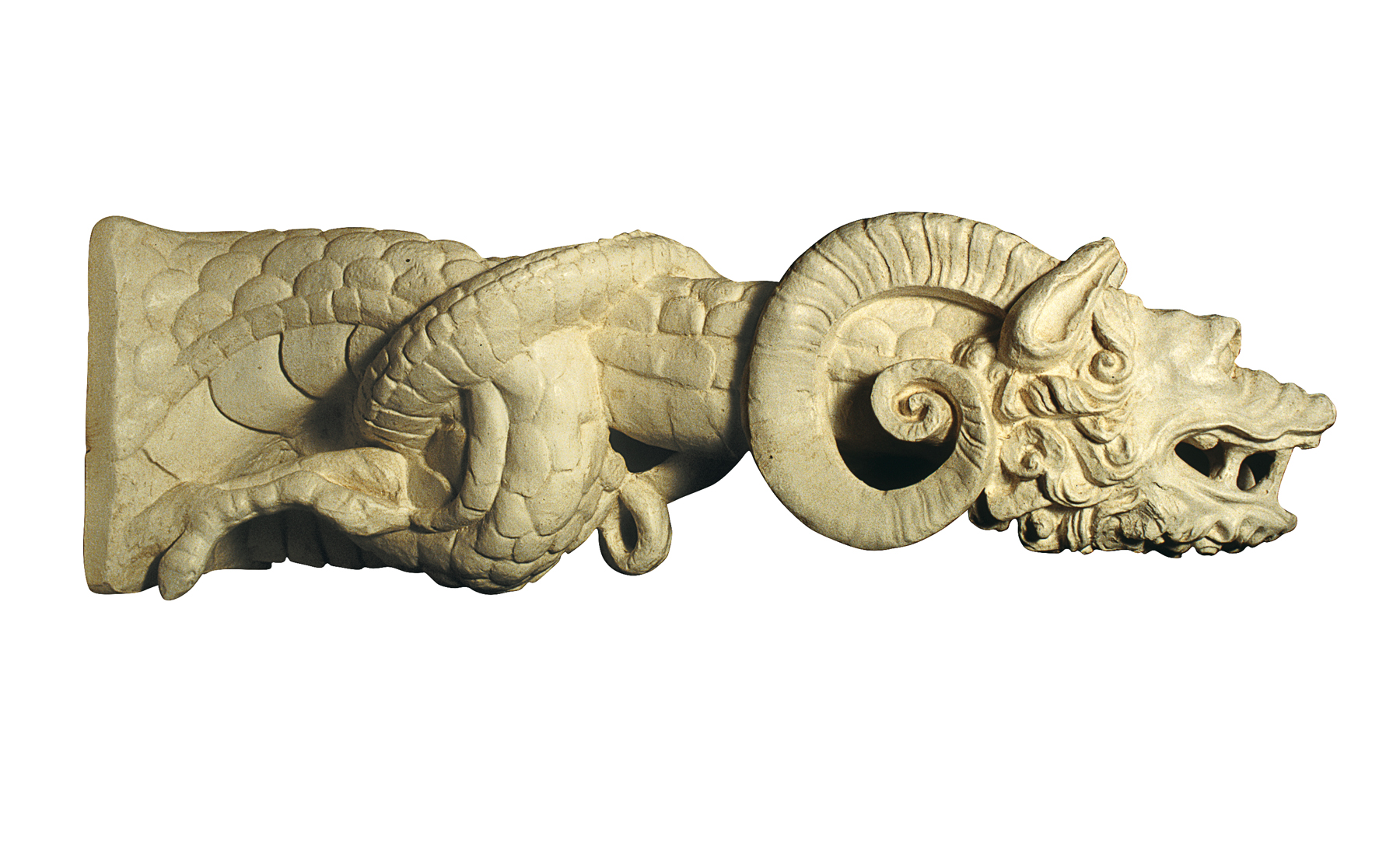 “that familiar silhouette alternates the Olympic calm of the saints who stand above the façade, with the demonic grin of the chimeras that look down slyly to the street”, Marino Niola.

The work on show at the Museo Omero is a cast taken from a true copy of one of the gargoyles on Monza Cathedral which was built by the architect Matteo da Campione in the 14th century.
This gargoyle, in particular, extends horizontally to a length of 92 cm. It represents the neck and muzzle of a monstrous being whose neck resembles that of a snake, long and covered in scales. The muzzle resembles that of a wild boar, but is surrounded by a mane from which two curved ram’s horns emerge. The creature’s eyes are round, wide open and slightly bulging. Its mouth, from which the rainwater was intended to pour, is open, revealing powerful fangs.

Gargoyles were architectural elements used in Gothic cathedrals to collect rainwater from the roof gutters and direct it outwards in order to keep the walls of the structure dry. They were mostly used in the great cathedrals of northern Europe which were subject to frequent rain and where the danger of water damage to the walls and the stability of the building was much greater.
One of the main characteristics of Gothic architecture was the desire to decorate every structural element of the magnificent cathedrals with sculptural forms. Thus, even the gargoyles often assumed monstrous animalistic forms, in the belief that this also served to keep evil away from sacred places.