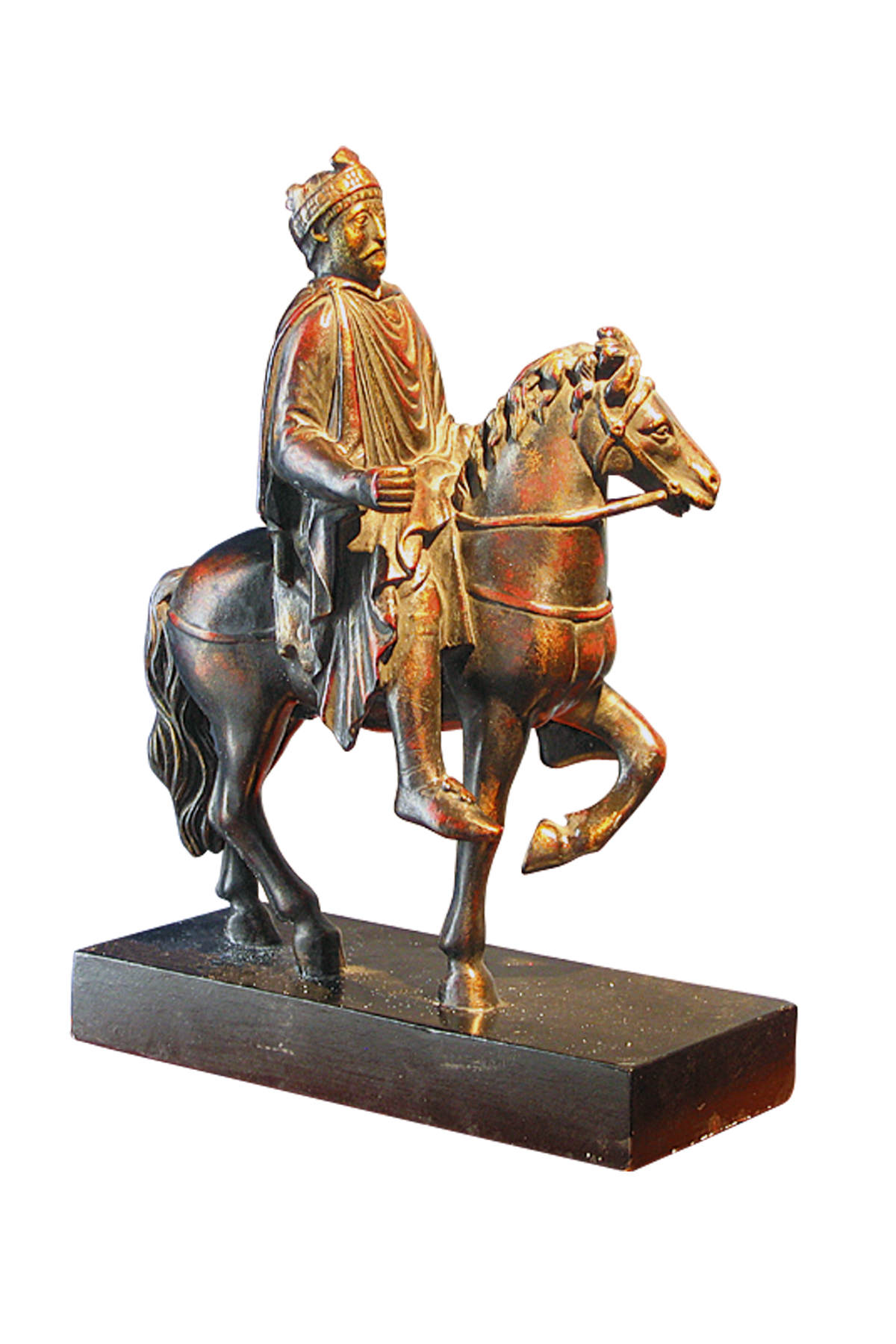 “He had a broad sturdy body, a tall but nevertheless not disproportionate stature, a round head, large lively eyes, a slightly longer nose than usual, beautiful white hair, a pleasant jovial expression that gave him a very authoritative and dignified appearance, both when he was standing and when he was seated” Einhard, “Life of Charlemagne”.

In the Medieval area of the Museo Omero, there is a statuette, about 20cm high, portraying Charlemagne on horseback. It is a copy in resin of a true cast of the bronze original which is conserved in the Louvre and dates from around 870CE, a rare example of surviving Carolingian sculpture in metal.

The equestrian statuette celebrates Emperor Charlemagne (742-814), king of the Franks who became Emperor of a vast territory, covering much of today’s continental Europe and unified under the sign of Christianity.
Mounted on his horse, Charlemagne, or Charles the Great, is depicted with the garments and symbols of the emperor. A cloak, fastened at his right shoulder with a buckle, covers most of his body and, on his feet, he has calf-high boots. The open crown on his head is adorned with gems and decorated with four palmettes at the top. His right arm is bent at right angles and his hand was probably holding a sword, now lost, while his left hand holds an orb, which represents the globe, a symbol of domination. Charlemagne looks straight ahead and is depicted with a long moustache.

The horse is shown in the act of stepping forwards, with its front left leg raised. Its head is turned slightly to its left. The bridle and caparison on its body can be clearly perceived. Carolingian metalwork was a continuation of the Gallo-Roman tradition and used the equestrian statues of the Roman imperial period as “templates”.

The resin copy, like the bronze original, is dark coloured, almost black. However, the original statuette used to have a gilded patina, which has been worn away.