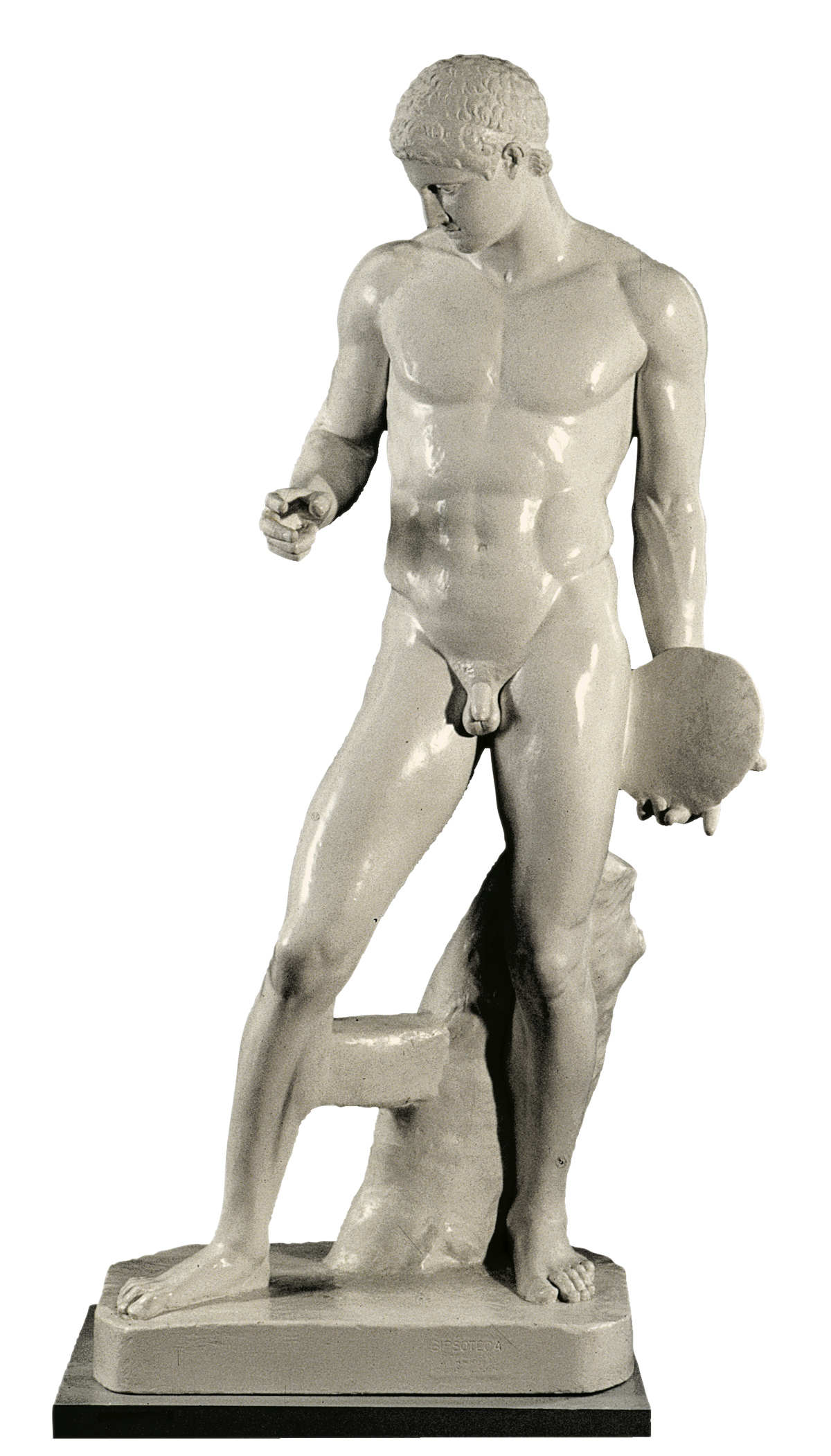 “Beauty comes from the exact proportion not of the elements, but of the parts… of all the parts between them as is written in the ‘Kanon’ of Polykleitos”, Galen.

The “Discoforo” or Discus Bearer depicts a Greek athlete in a moment of repose. It is a sculpture in the round made by a copyist in Roman times of the lost bronze original by the Greek sculptor Naukydes. Of Doric culture and probably a pupil of the school of Polykleitos, he was active between 420 and 390 BCE.

The athlete, 175cm tall, is shown standing, frontal, with his right leg set forward, while his left, slightly bent, leg supports the weight of the figure. His right arm is bent and he appears to have been holding an object (possibly a javelin), while his left arm hangs by his side holding a discus.

The head with its wavy hair, is slightly lowered and turned to his right. The eyes, open, appear to be looking downwards. The oval, fleshy, face is completely expressionless, almost lifeless, as was required by the canons of spiritual and idealizing beauty of the period.

The Discus Bearer has a pose that recalls the scheme known as “chiasmo” (counterpoise). It is a compositional formula that consisted in arranging the limbs according to a particular cadence, in order to solve the problem of balance in a standing figure. A flexed lower limb had to correspond to a resting upper limb on the opposite side, according to a scheme of contrasts. The term, of Greek origin, means ”chi-shaped composition” referring to the X-shaped, twenty-second letter of the Greek alphabet.

This figure of an athlete shows how it was possible to apply the rule (or Kanon) devised by Polykleitos to represent a human being in his entire anatomy, raising him to an ideal of perfection that is difficult to find in nature.