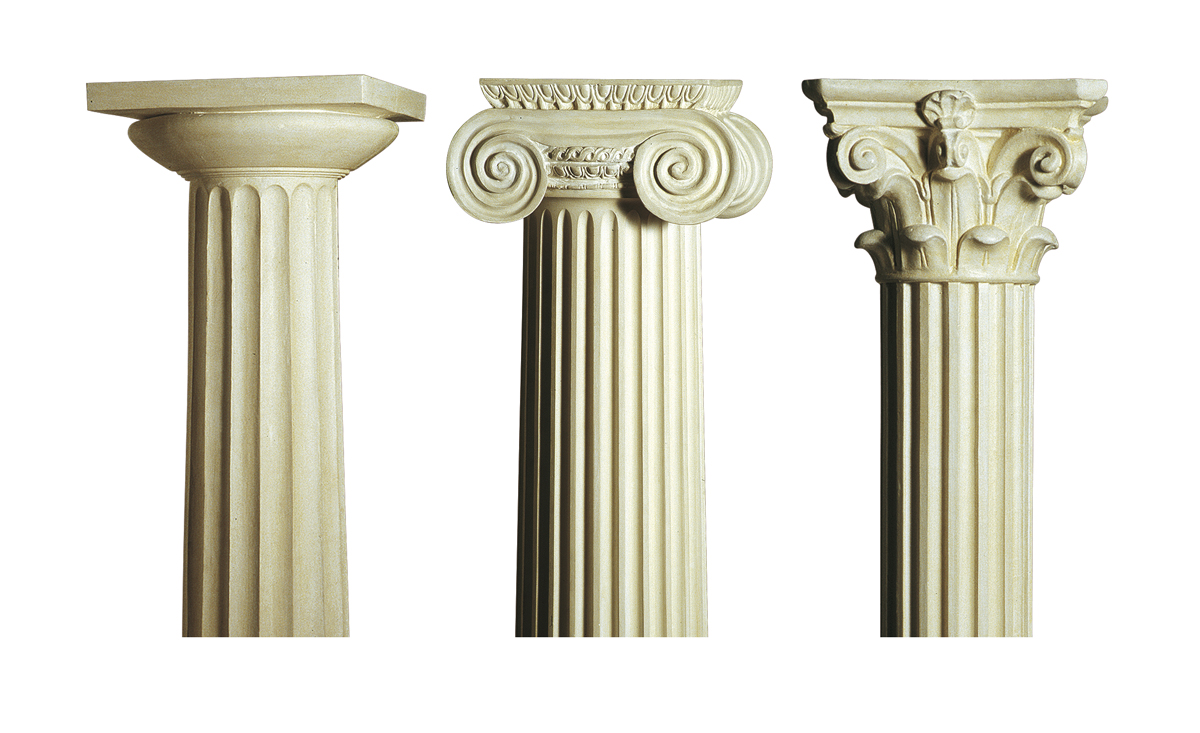 “Architecture is a science, which is adorned with much knowledge, and with which all the works, that are made in every art, are regulated”, Vitruvius, De Architectura.

The Museum Omero houses three recreations of columns belonging to the main architectural orders of Greek art: Doric, Ionic and Corinthian, which were specially made for teaching purposes.

The first column reproduces the characteristics of the Doric order: the column, which is tapered towards the top, has a sturdy shaft characterized by wide fluting; the capital is composed of a flattened ring (echinus) on which is set a square cushion (abacus); the cylindrical base rests directly on the platform (stylobate) on which the temple stood. This style developed in mainland Greece and spread to Athens and as far as southern Italy: it is a simple, geometric, monumental style.

The second column reproduces the more slender Ionic order: the grooves are deeper, narrower and closer together than in the Doric style, while the capital has four spiral-shaped volutes. The column does not rest directly on the stilobate, but on a base formed by a convex and a concave ring. The forms of this style, which developed along the coast of Asia Minor, on the Aegean islands and in Attica, are slender and agile, with minute refined decorations.

The third column represents the Corinthian order, characterized by a tall slender shaft, with close narrow grooves, which rests on a very squashed square block (plinth). The capital has the form of an inverted truncated pyramid and is elaborately decorated with curled acanthus leaves, of Egyptian derivation. Widespread throughout Greece from the fifth century BCE, it was considered a variant of the Ionic style. Its use increased in the Hellenistic period, and it would later be favoured by the Romans.

Temples and buildings built in Roman times, frequently display different architectural orders used to decorate the same edifice, following a method that began in the Hellenistic era. During the Middle Ages, the use of the classical orders was forgotten, but they were rediscovered during the Renaissance.