Paris, Hong Kong, Ancona: 18 works from the Louvre to the Museo Omero 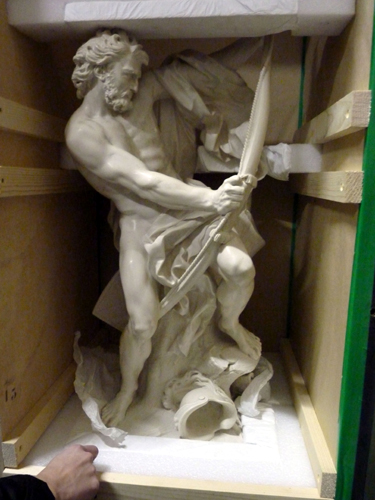 The works, copies and reliefs in plaster and resin of famous sculptures dating from the 2nd century BC to the 19th century AD, illustrate the changing aesthetic of European civilization over the centuries and are grouped into five categories showing five different movements of the body: straining, running, dancing, rest and falling.
Among the best known works are: the Milo of Crotone, the Soldier pulling his bow, Mercury tying his sandals, the Rebel Slave.

The exhibition was inaugurated in Paris in 2008 and has been travelling around Asia since 2009, visiting various museums in Taiwan and China. It has now arrived in Italy, in the city of Ancona, thanks to the longstanding collaboration between the Museo Omero and the Louvre. The two museums have already worked together on various initiatives such as the D'après l'Antique exhibition (held at the Mole Vanvitelliana in 2005), the "Dancing Satyr" of Mazara del Vallo project (shown at the Louvre in 2007 on the occasion of their exhibition dedicated to Praxiteles)..