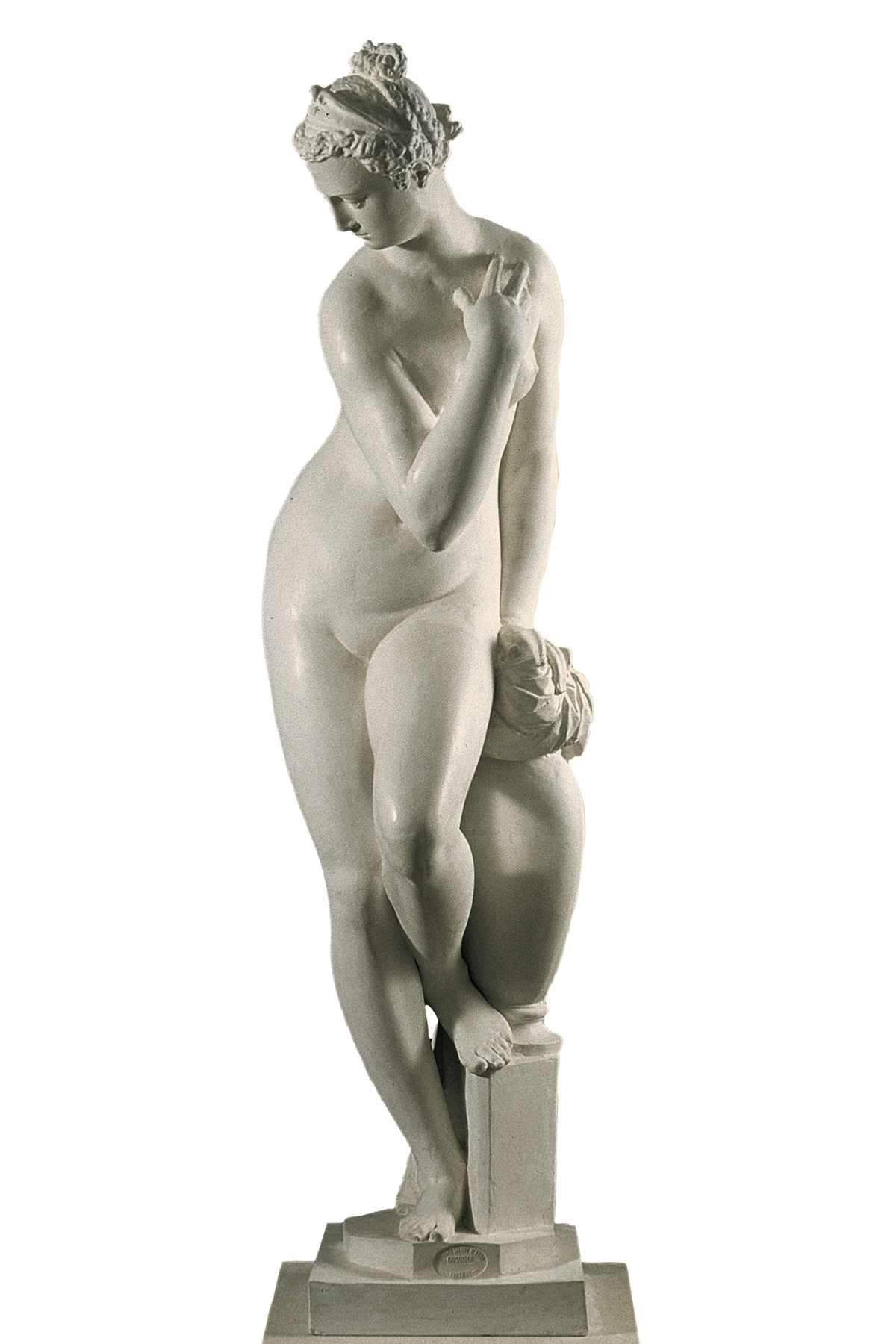 “After Michelangelo, Giambologna was the greatest sculptor of his century and his works were also sculpted or cast in bronze in Florence and for Florence, the bronzes produced by his workshop transformed his style into a universal idiom”. John Pope-Hennessy

Around 1575, Giambologna was commissioned by the ruling Medici family to carve a marble Venus, about 135 cm high, for the Boboli Gardens in Florence. A plaster cast from a true copy can be found near the copies of the Venus Italica and the Venus de Milo in the Museo Omero.

The goddess is standing, with her weight on her straight right leg, while her left foot rests on a rectangular block which also supports a vase partially covered by a cloth. Her right arm is bent, partially shielding her torso and breasts which are turned towards the viewer.
Her body is presented in a strongly twisted posture with her right elbow above her left knee. Her left arm is straight and her hand rests on the cloth, supporting part of her weight.

Her head is tilted downwards towards her right shoulder, in a movement that accentuates the sinuosity of the figure. The goddess’s features are regular and delicate, her hairstyle is elaborate.

The sense of dynamism and precarious balance that Giambologna has given this statue is due to the torsion of her neck and shoulders.

This Venus can be observed from any viewpoint, thanks to the twisting of the body. The pose is unnatural, but is characteristic of the Mannerist style, where the elegance and complexity of the poses of the figures often made up for a lack of content. Mythological and historical subjects were often simply pretexts for creating elaborate, virtuosic forms.