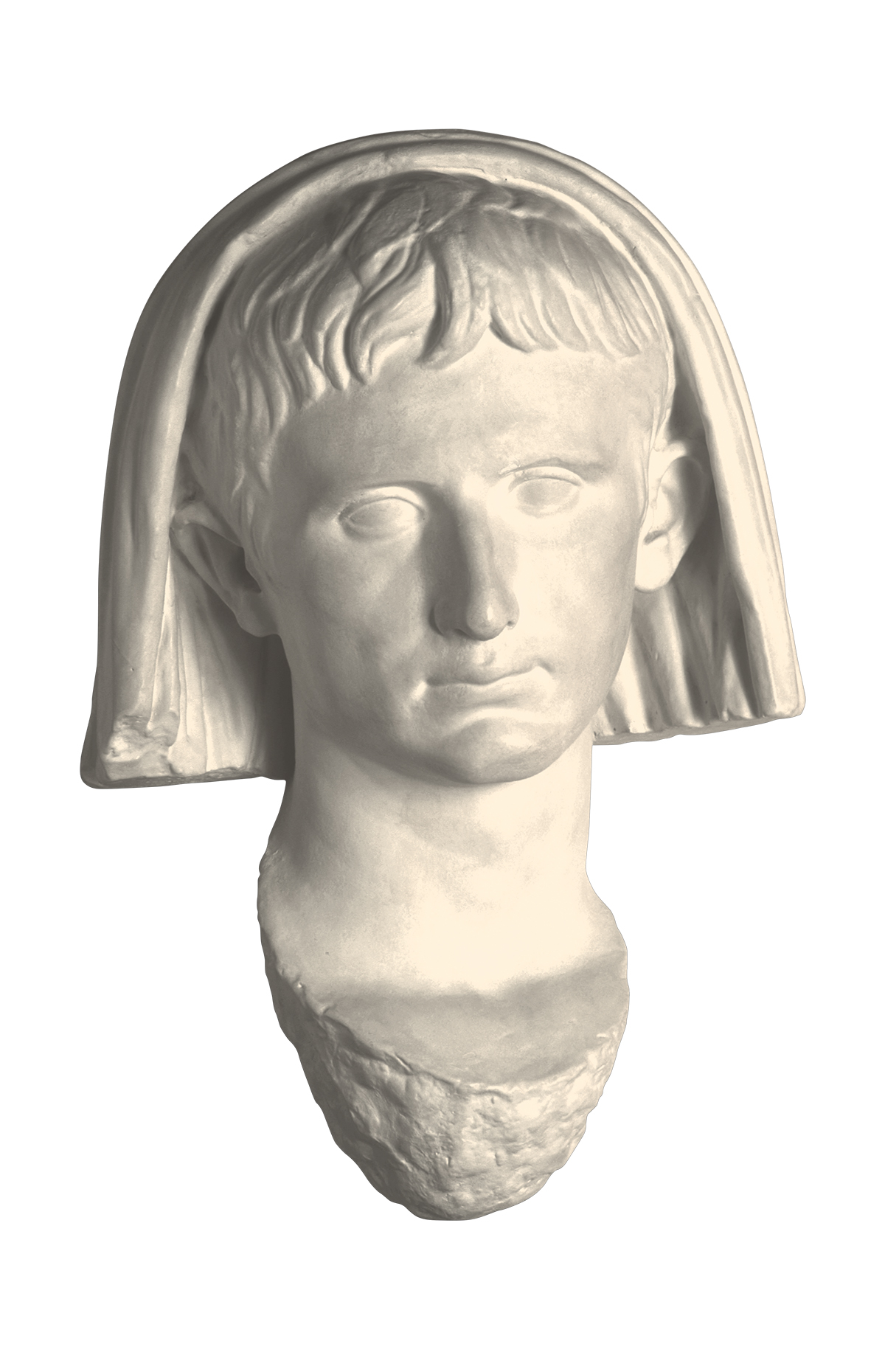 “He was a man of remarkable beauty and of attractive appearance at every age, even though he neglected every refinement; (…) he rejoiced if someone whom he stared at, lowered his head as if before the light of the Sun” Suetonius

In this literary portrait of Augustus, Suetonius eloquently depicts not only the Emperor’s physiognomy and appearance, but also his character and strong personality.
This Head of Augustus (48cm high) was part of a complete statue that has been lost. The work shows only the face of Augustus. The marble original is on show in the National Archaeological Museum of Le Marche. It was discovered in 1863 near the Palazzo Ferretti in Ancona and is an important record of the early Imperial age. The emperor is shown with his head covered by a veil (capite velato) in the act of sacrificing to the gods in his role as Pontifex Maximus. The modelling of the face, the thin lips, the slightly sunken eyes, the wrinkles and the thoughtful expression show Augustus at a rather advanced age, corresponding to the middle, or towards the end, of his reign. The toga that he probably wore, according to a fashion that Augustus himself imposed to replace the cloak, was white, lavish and draped. It was difficult to wear, but had become an essential symbol of moral purity, an indicator of prestige and dignity.
There are numerous statues and portraits of Augustus throughout the empire and much research has been done to identify the main prototypes which inspired this considerable and complex production of portraits. The “capite velato” (veiled head) is the final typology and exists in fewer reproductions than other versions.