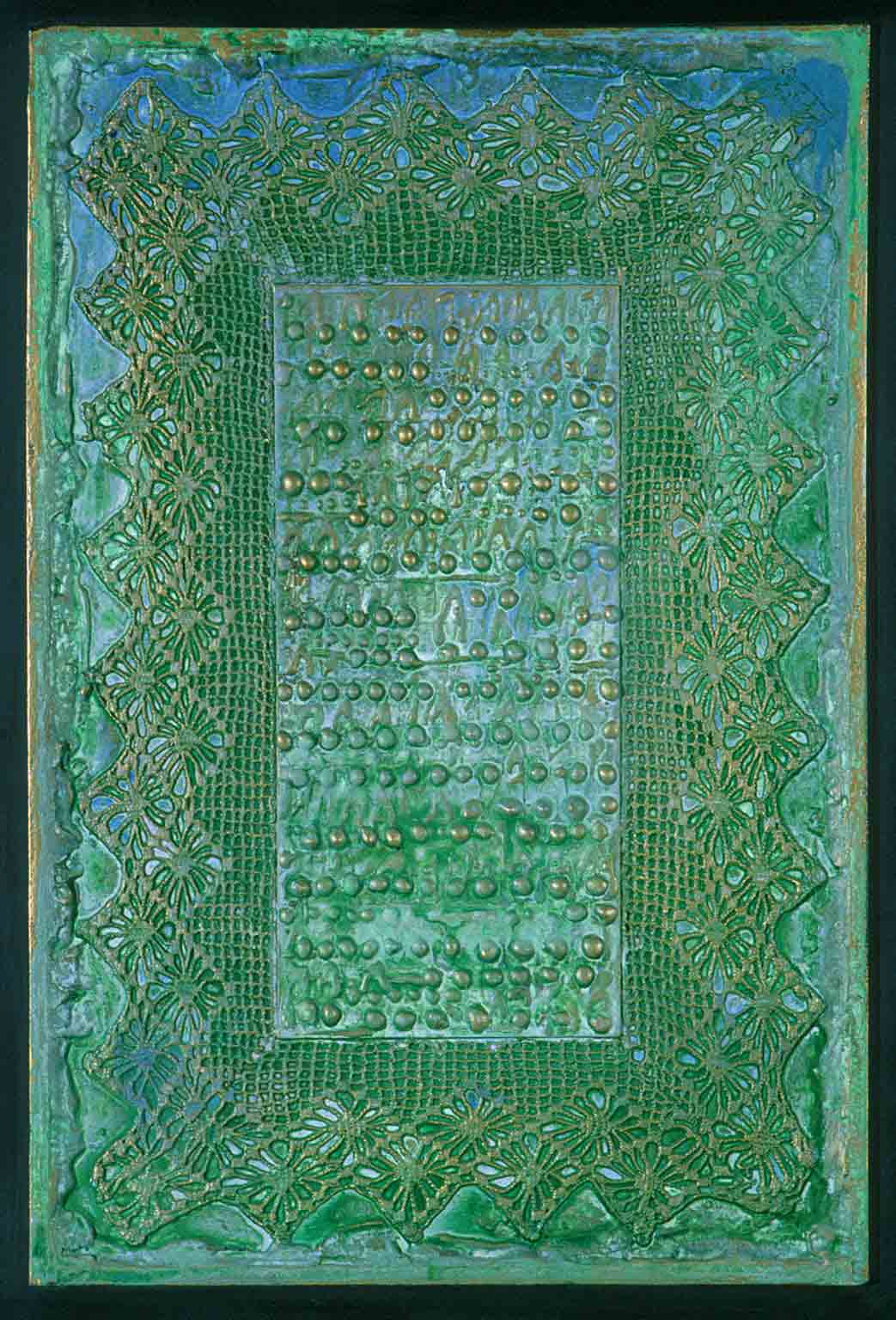 “Art is the universal in the detail” Eugenio Corti

The work looks like a real canvas with relief decorations; a piece of crochet with geometric patterns frames the rectangular central part which is characterized by a succession of lines of hemispherical blobs (about 5mm in diameter) that alternate with flat spaces as if to form a sort of secret written code, not unlike Braille, or scripts which are reminiscent of a series of musical staves.

The panel is painted a vivid bluey-green and is very pleasant to the touch.