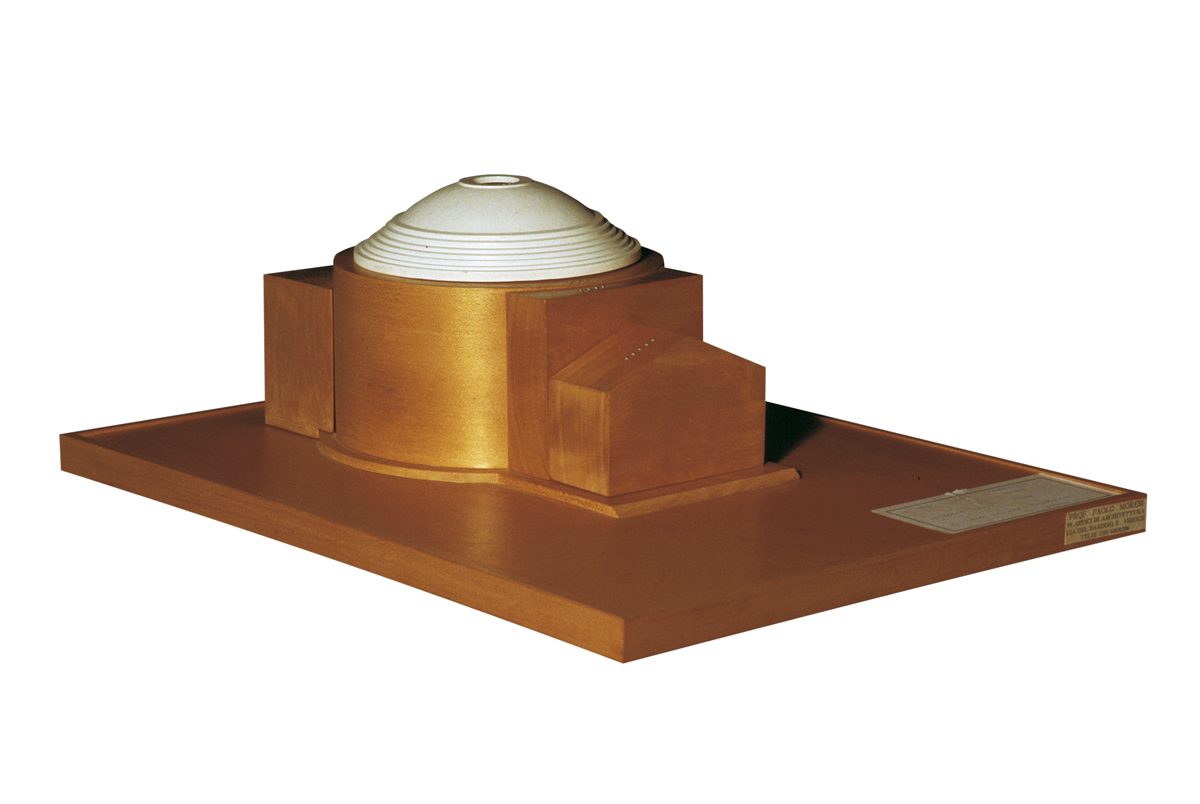 “I know few buildings that convey such an impression of serene harmony. There is no sense of weight: the huge dome seems to soar free like a second celestial dome”.
Ernst Gombrich

The volumetric model of the Pantheon, in wood and resin, reproduces the essential elements of the Roman building in order to make it easy to comprehend the general forms and the volumes of the entire temple.
Just 18cm high, it is composed of six blocks, which can removed from the base and explored individually. Each part is marked by a different number of steel dots, from 1 to 6. This is useful for blind visitors when reassembling the pieces in their correct positions on the base.
Starting from the façade, we find:

Inside the model, there is a plastic sphere that fits perfectly into the central cylindrical body and clearly demonstrates the mathematical perfection of the Rotunda i.e the fact that its height is identical to its diameter.