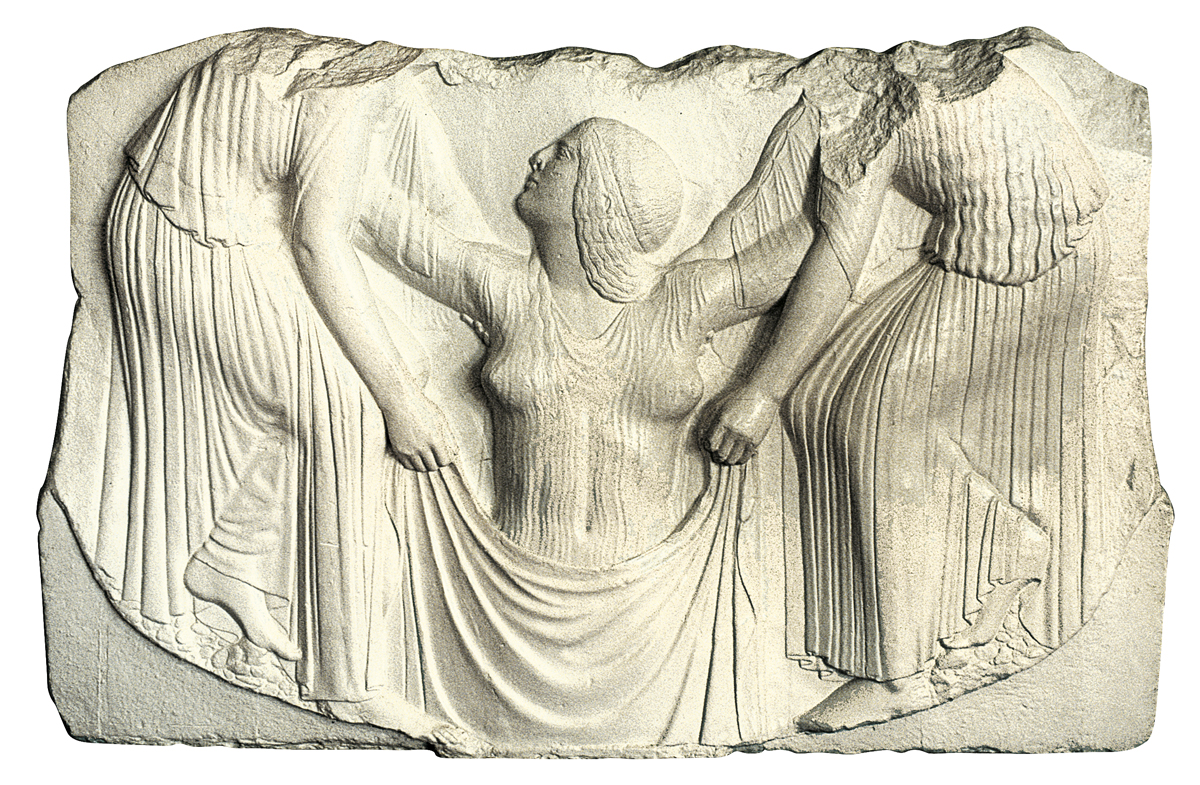 “She was born from the white foam produced by the severed genitals of Uranus after his son Cronus threw them into the sea. The Horae (Hours) of the golden diadem covered her with immortal garments, and encircled her head with a wonderfully-woven gold headpiece.” Hesiod, The birth of Aphrodite.

The Ludovisi Throne is a marble work made sometime between 460 and 450 BCE, at the height of the Severe period. It may have been a throne made up of three panels, each decorated in low relief. The central panel is rectangular and has suffered damage at the top, while the side panels are trapezoidal. The Museo Omero has wall-mounted plaster copies from true casts of each of the three parts, with a total length of almost three metres.

The 140cm-wide main panel shows a woman emerging from the water. She is helped by two female attendants who are shown in profile and are now headless. The woman in the centre is looking upwards to her right and is wearing a diaphanous robe that reveals the forms of her body to just below her navel. Her attendants, standing on pebbled ground, hold a thicker cloth which hides her lower body. The birth of Aphrodite from the sea is the most widely accepted interpretation of the scene. The symmetrical side panels, each almost 70cm wide, probably depict two allegorical figures, each turned discreetly away from the goddess. The girl on the left, wearing only a kerchief, sits on a cushion with her legs crossed, playing a double flute. On the right, an almost identical, but fully clothed, mirror image of the girl appears to be pouring grains of incense into a censer. The position of their heads, looking slightly downwards, is the same. These figures have been interpreted as priestesses of the cult of Aphrodite.

Stylistically, the entire work is characterized by a most refined and elegant rendering of both the bodies and the garments. The original function of this object is unknown: it may have been a throne, an altar or an enclosure for ritual sacrifices. It was discovered at the ancient Villa Ludovisi, in Rome, in 1887. The monument, initially part of the Ludovisi collection, was later purchased by the Museo Nazionale Romano at the Baths of Diocletian.