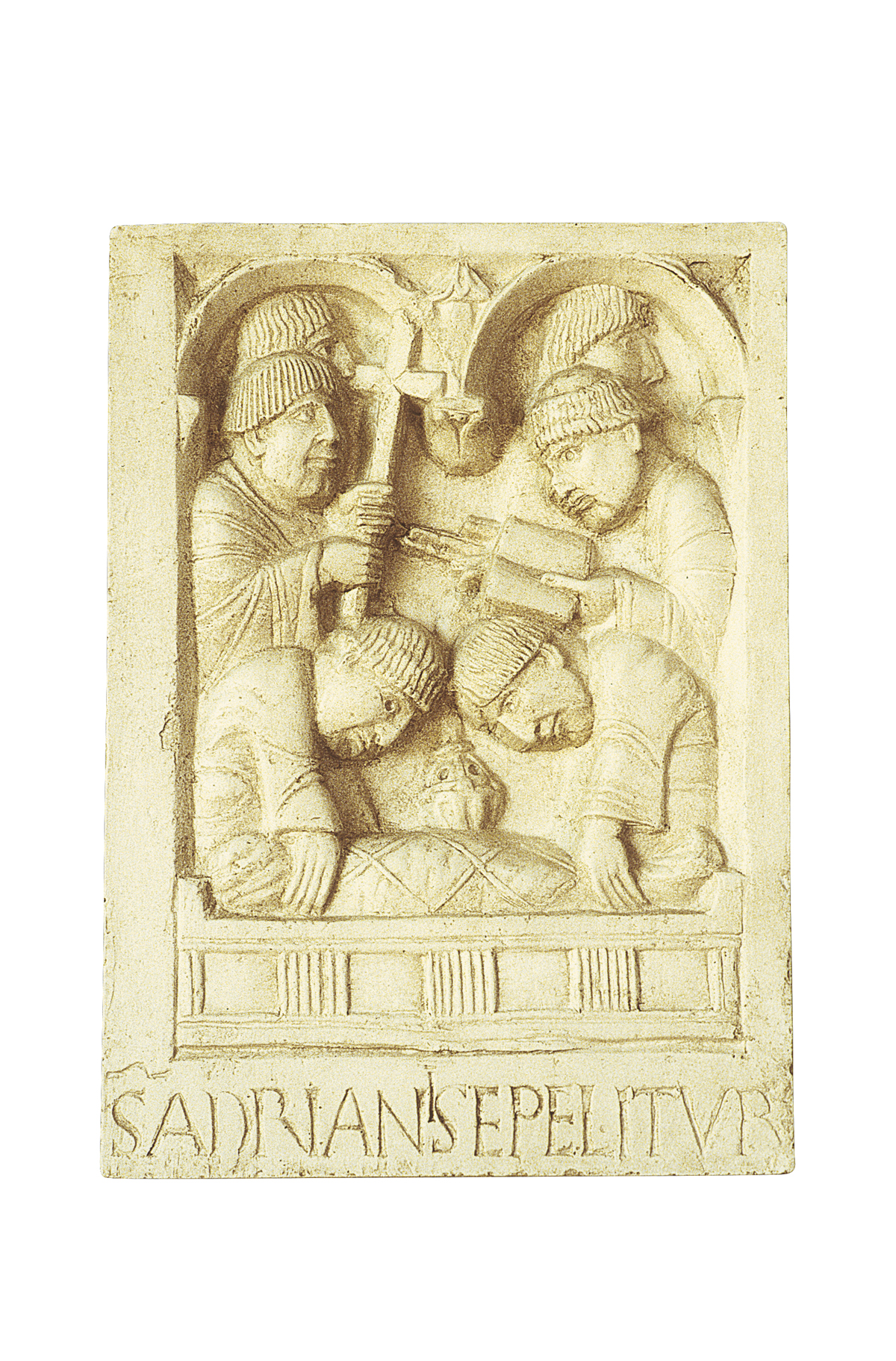 “The stones of the Nonantola Abbey are pieces of a mosaic, twelve and a half centuries old, composed of tears and joys, hopes and disappointments, prayers and sufferings, expectations and achievements” Erio Castellucci, Archbishop Abbot of Modena-Nonantola.

Among these, there is also a scene depicting the burial of the body of Pope Adrian III in the abbey, the original of which is located on the left side of the portal.
Like the others, this 43cm-high scene is vertically oriented and surmounted by two round arches.
The composition is symmetrical: the lower part of the panel is occupied by the saint’s body which is wrapped in a shroud, and the sepulchre. Two monks, one at the head and one at the feet, lean towards each other as they place Adrian’s body in the tomb. Their foreheads touch.
Above them, two other monks stand facing each other: one holds a crucifix, the other the Gospel. Behind them, the heads of two other monks can be seen in profile but, unlike the others, they are both facing to the right.

The origin of the abbey dates from 752 CE when Aistulf, King of the Lombards, donated some land to his brother-in-law Anselm, saint and founder of the abbey. Named after St. Sylvester, whose relics it houses, it became a Benedictine monastery and a place of hospitality and pilgrimage. This panel is on the left doorjamb, among other episodes from the history of the Abbey.
The panels are of different sizes but are all rectangular. Most of the scenes depicted are surmounted by two round arches and are orientated vertically. There are two sequences, with the earliest episodes at the bottom. The series on the right doorjamb shows stories from the childhood of Jesus, while the panels on the left illustrate episodes from the history of Nonantola Abbey, with particular reference to the figures of St. Anselm, St. Sylvester and St. Adrian.