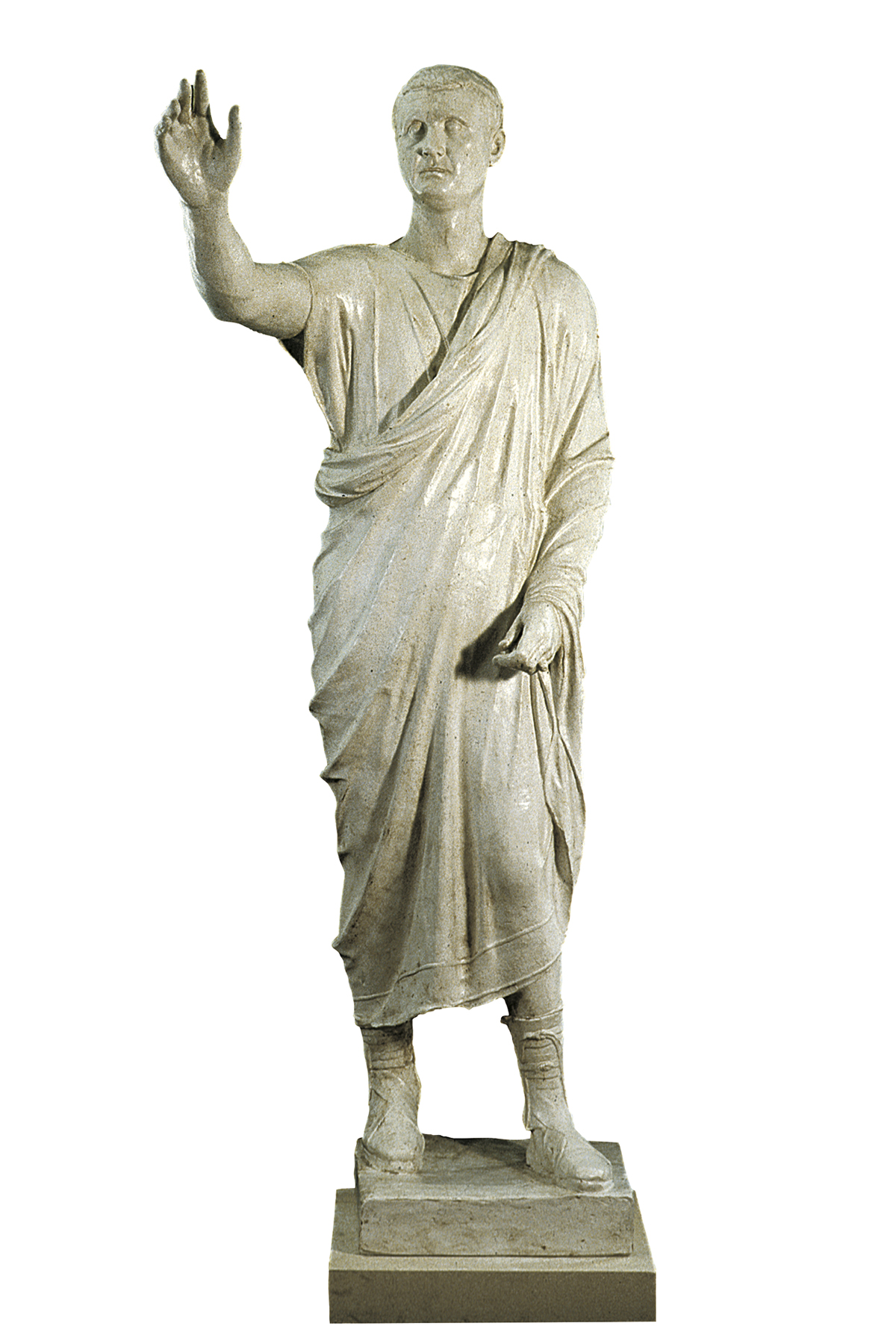 “The assembly erected this statue to Aulus Metellus, son of Vel and Vesi, thanks to a public subscription”.

These are the words engraved on the toga worn by the subject of this sculpture.

Aulus Metellus’ portrait is one of the very few complete, original Etruscan-Roman bronze statues to have survived and shows clearly that Etruscan sculptors and craftsmen had completely mastered the art of making bronze artworks and objects.

The speaker is standing upright, his torso leaning forward very slightly. His right arm is raised in the oratorical gesture used for greeting the public. The movement is emphasized by the hand, which is deliberately larger than it should be.

Luigi Lanzi entitled it “L’Arringatore”, (The Speechmaker), because of the characteristic pose. The large ring he wears on the ring-finger of his left hand is evidence of his high social status. His clothes are typical of the ancient Roman period: tunic, toga and calceus senatorius boots. A three-line inscription can be seen at the hem of the toga, a sort of dedication to the deceased Aulus Metellus from the judiciary authorities, which would suggest that the orator was a politician or connected to politics in some way. His face is realistic and humane, concentrated and furrowed by wrinkles, devoid of idealization.

These iconographical elements define this work as belonging to the Roman Honorary Toga-wearing category of statues, typical of the Republican period.

It was discovered in 1566 at Sanguineto on the shores of Lake Trasimene and immediately became part of Grand Duke Cosimo de’ Medici’s collection.