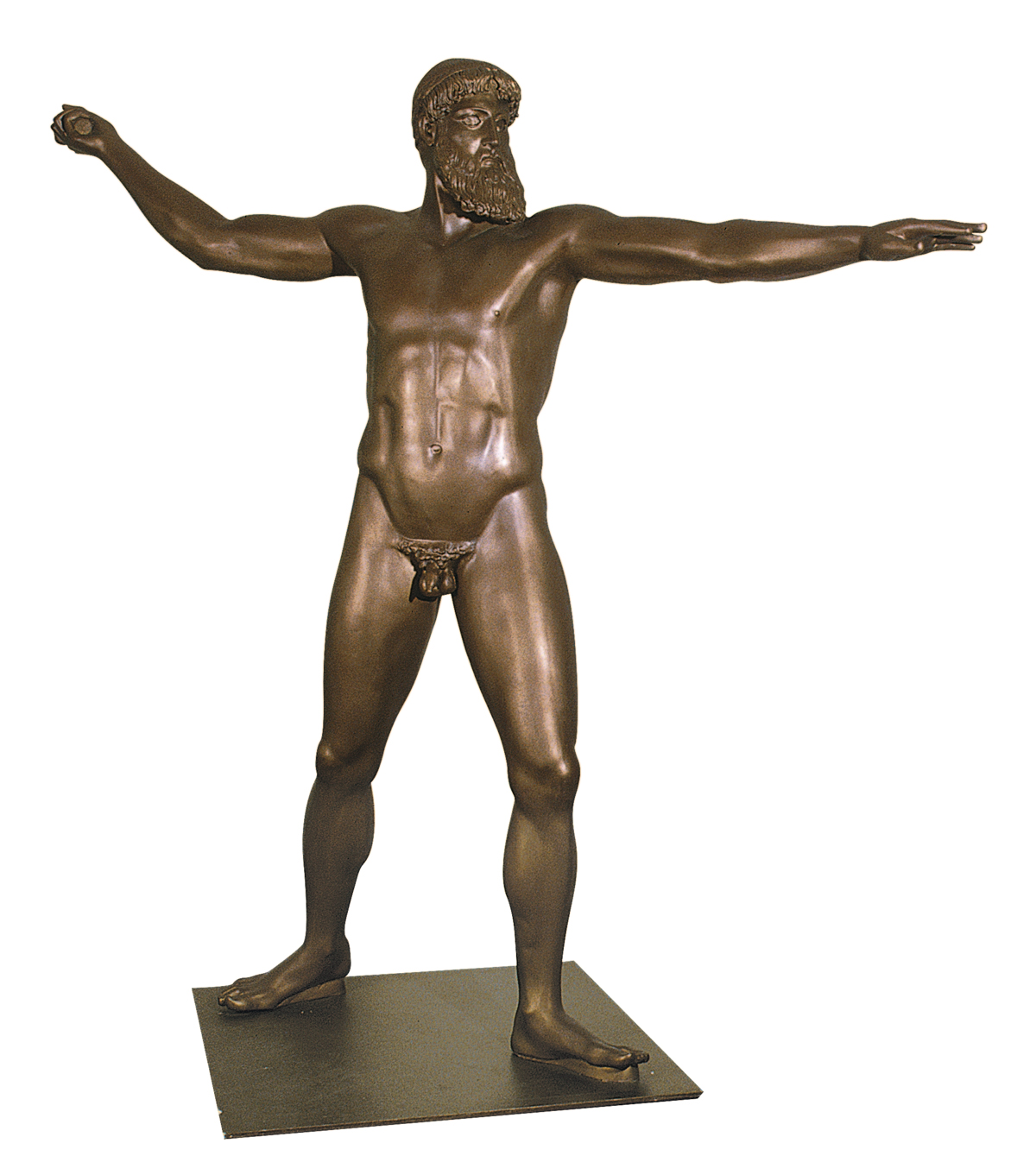 “He lived at the bottom of the sea and reigned over the sea monsters and storms, often portrayed in a chariot drawn by tritons and horses, with a trident in his right hand”, Cicero from the “De Natura Deorum”.

The Poseidon or Zeus of Cape Artemision, dating from around 460 BCE, is one of the few bronze sculptures in the Severe style to have survived in good condition. The copy on show at the Museo Omero is made of resin and glass fibre.
The original sculpture, possibly by the Greek sculptor Calamis, was found in two fragments between 1926 and 1928 off Cape Artemision, the northern tip of the island of Euboea in the Aegean Sea. It might represent Zeus but it is more probably Poseidon: rites linked to the cult of the god of the seas were held where it was discovered.

The god is caught at the moment of pause, just before hurling his trident or lightning bolt. Unfortunately, this distinguishing attribute has not survived.

The figure is erect, with legs, chest and arms facing the viewer. His legs are slightly bent and spread apart for balance. His arms are raised, almost forming a cross: his left stretches forward, as if taking aim while the right is flexed, preparing to throw. He looks straight ahead, his face tense and impassive, concentrating on the action he is about to perform. The long sinuous curls of his beard frame his face with a decorative rhythm. Most probably, his now empty eye-sockets were inset with polychrome semi-precious stones or vitreous paste. It would seem that the work was designed to be seen from more than one viewpoint as the muscles of the back and shoulders are also accurately modelled.

Although the statue clearly demonstrates how skilful the sculptors of the Severe period had become in representing the human form, it does not convey the tension of the sudden, violent movement the god is about to perform, making him appear immobile. Bronze was very widely used for making statues in the Severe period. They were cast using the ancient lost-wax method.