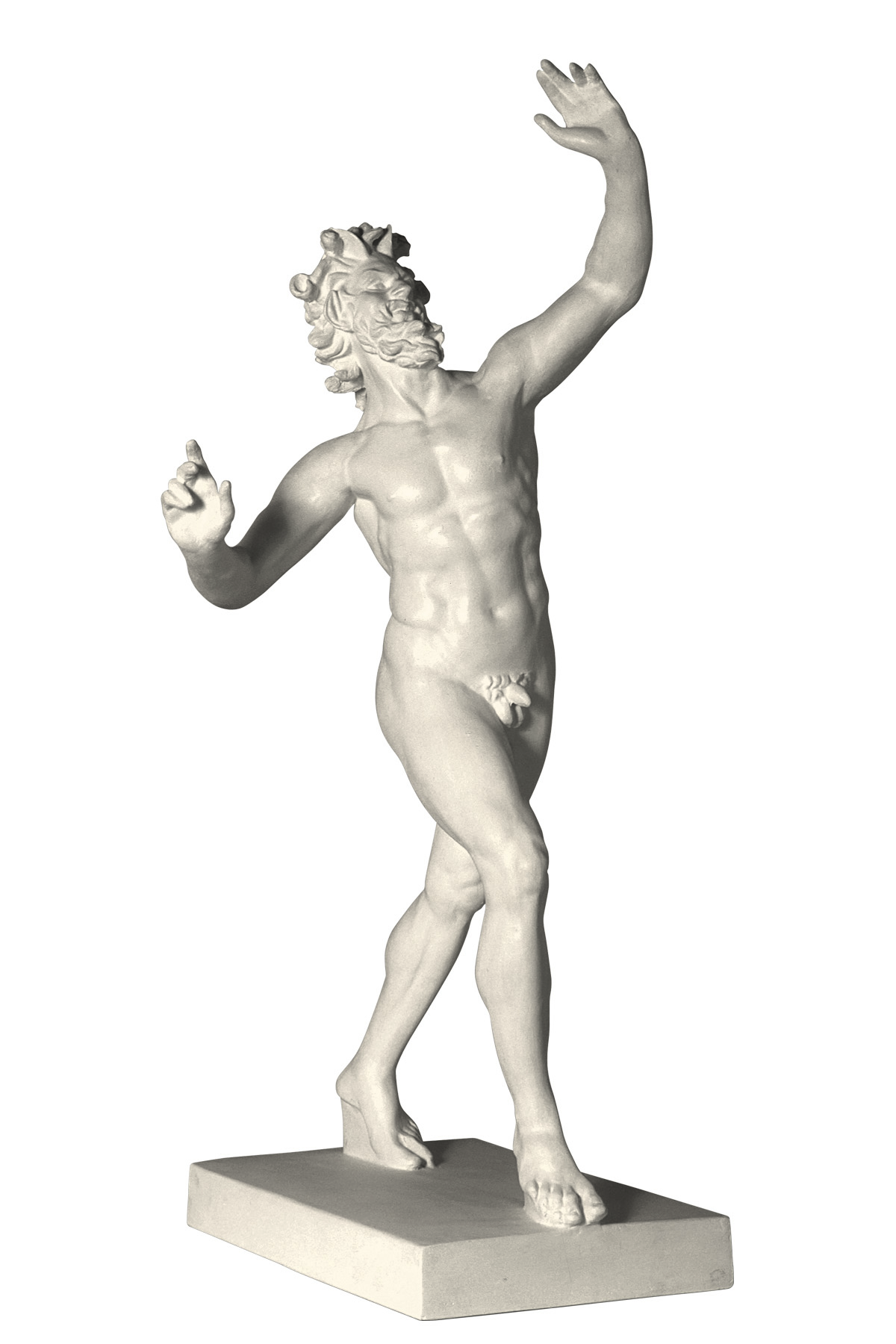 “In the middle of a meadow and covered by green moss, from a rock flowed an everlasting vein of water and only Faun quenched his thirst there.” So writes the Latin poet Ovid in his “Fasti” collection.

In Roman mythology, Faun is the god of nature, the countryside and the woods.
The bronze original was found in Pompeii, in a house that was later named House of the Faun. It stood on a pedestal in the centre of the rectangular basin that collected rainwater (impluvium) in the atrium of a Roman house (Domus). The name of the sculptor is not known but the Faun is believed to be the work of an artist belonging to the Alexandrine School from the 1st century BCE.

The small sculpture, 71cm tall, which is now housed in the National Archaeological Museum of Naples, depicts a thin, muscular, naked man engaged in a seemingly disjointed dance.
His head is tilted backwards, his gaze turned to the sky. His arms are raised and bent at the elbows, his left higher than his right. His raised heels also suggest that he is dancing; his left leg stretches back and his right is bent forward
Thick curly hair and a similar, slightly pointed beard surround his wrinkled face with its strongly marked features, a large nose and half-opened mouth. He has goat horns and a little tail can be seen at the base of his spine.
The technical execution of the bronze sculpture is of a very high quality and the movement of a human body is conveyed in a most natural way.

The presence of goat horns and tail evokes the mythical figure of Faun, or rather the Satyr, and the movement suggests a dance performed in a state of drunkenness or religious ecstasy. According to some sources, Fauns were ancient shepherds who lived, at the beginning of the world, in the land where Rome would be founded. Faun was also known as the god Lupercus, the defender of flocks from attacks by wolves. During the first centuries of the Christian era, many heathen divinities were demonized and the Faun was associated with evil, with Lucifer.