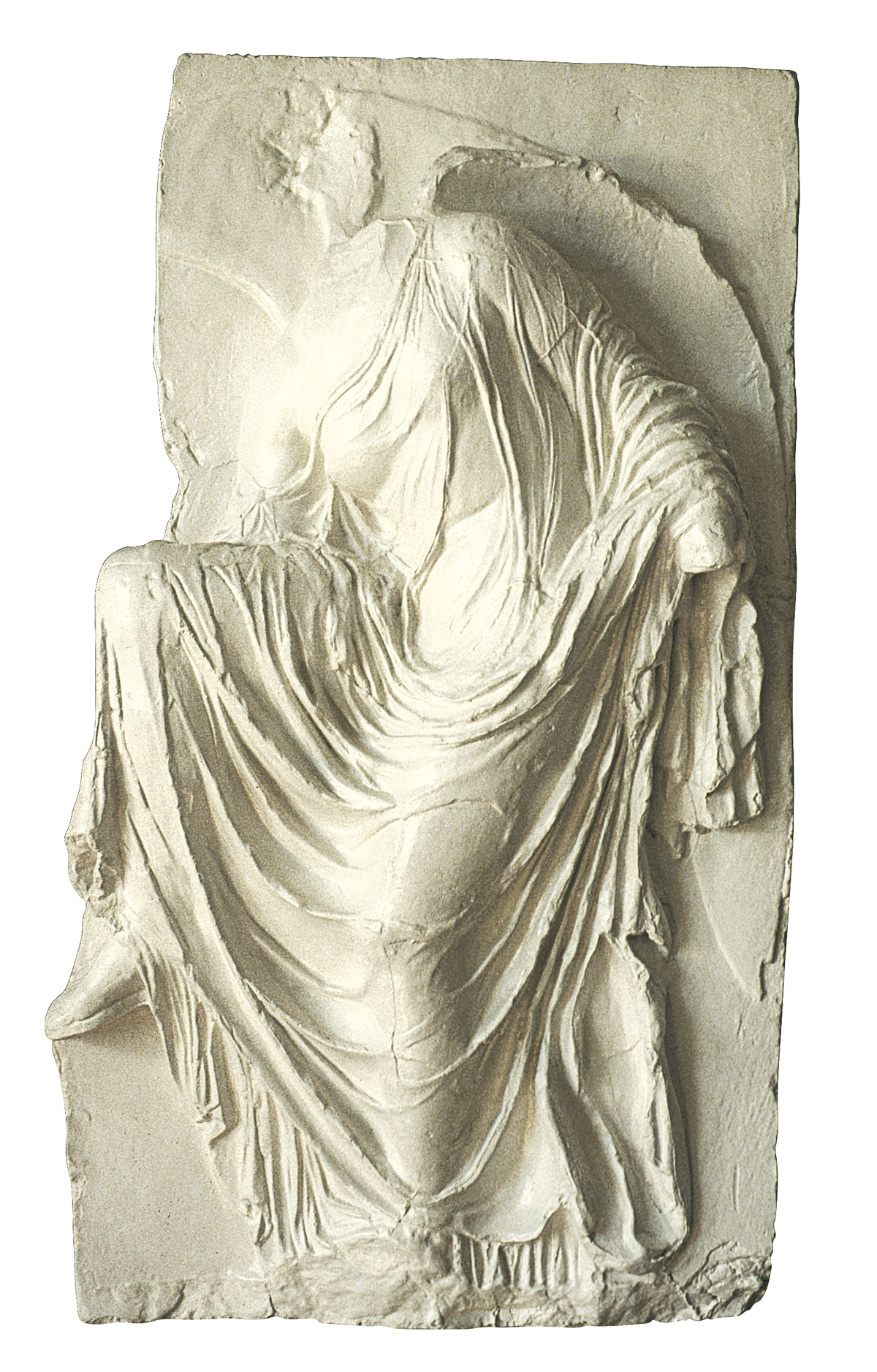 “Athena’s type of beauty found expression in aesthetics, in the ability to comprehend the ideal in art, in representation, in thought and in character”, Stephen Fry.

“Nike si scioglie il sandalo” is slab of marble carved in relief by a pupil of Phidias. It is part of a series of reliefs of the same size (just over 100 cm high).

The temple dedicated to Athena Nike was designed by the Greek architect Kallìkrates and built on the summit of one of the steep defensive bastions of the Acropolis. It was dedicated to Athena “Victorious” in 421 BCE to commemorate the victories of General Alcibiades over Sparta (411- 407 BCE).

The parapet below was enclosed by a balustrade decorated with marble reliefs depicting the goddess Athena Nike in different, and curious, postures such as in this fragment.
The composition and the relief carving by the sculptor (perhaps Alkamenes or Agoràkritos) created a work as refined as it is balanced.

The figure is shown with her right leg raised and her torso and shoulders tilted to allow her hand to reach down to her sandal. Although the state of conservation is generally good, the figure’s head, left hand and foot are missing.

The garment covering the goddess’s body is a very light chiton. The sculptor has managed to convey its lightness, transparency, and adherence to her body. Exploring the work through touch, one can perceive the softness of the dress that falls into rhythmic folds.

The Attic style can be seen in the composition that is regulated by geometrizing elements (the figure and the composition itself can be inscribed in elliptical forms that have the foci situated in Athena’s pelvis. These elements are mediated by the meticulous search for a refined and decorative modelling (the treatment of the drapery) as well as for accurate naturalistic detail (attention to the harmonious proportions of the human body).