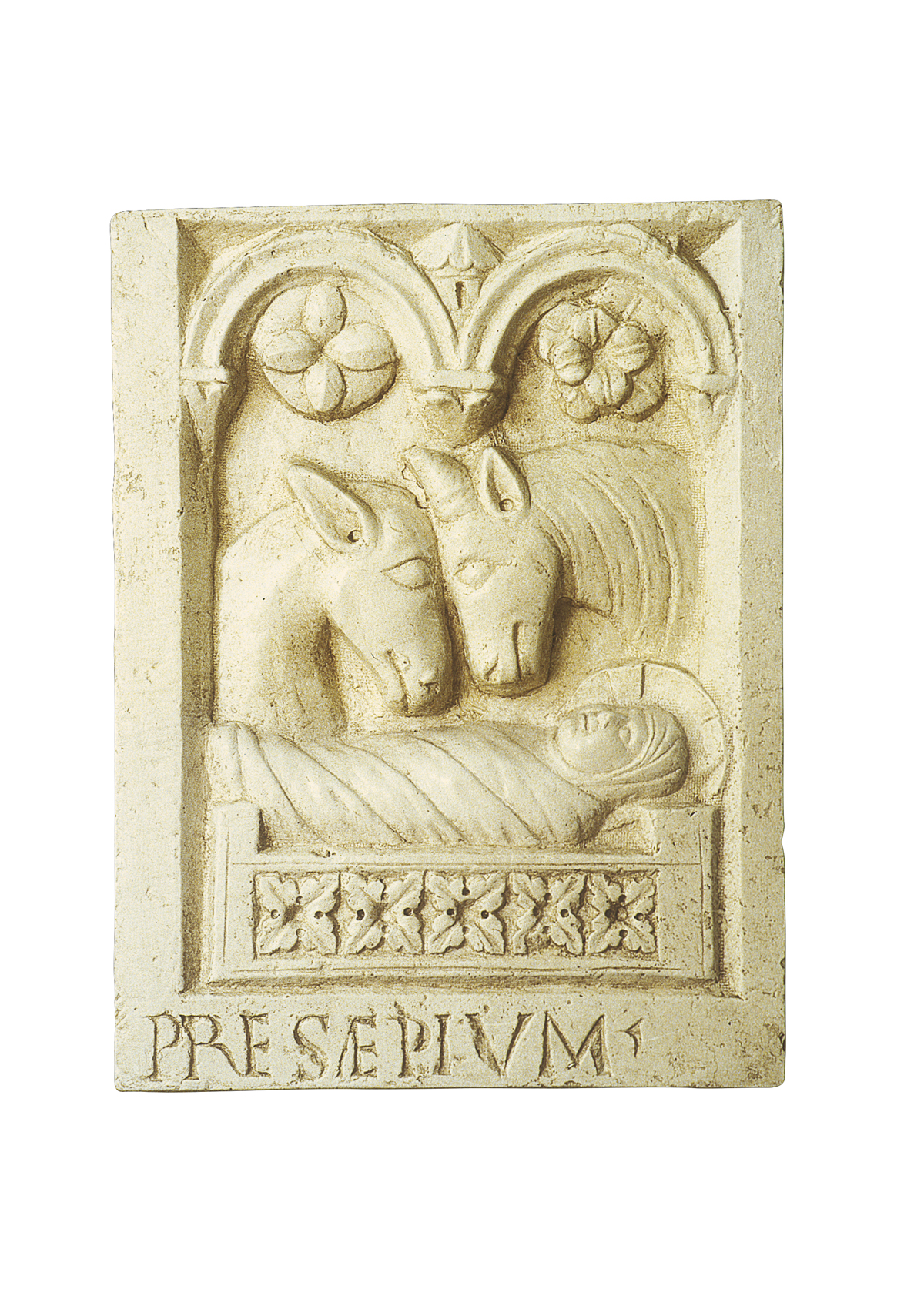 “And she … wrapped him in swaddling clothes, and laid him in a manger; because there was no room for them in the inn”, Luke 2:7.

The Nativity scene follows that of the birth. The 40cm high rectangular panel is vertically oriented. The scene is framed by two arches and is composed symmetrically. The space below each arch is filled with a round floral decoration. The heads of the ox and the ass touch in the centre of the scene. They are gazing down at the Baby Jesus who has a halo and is wrapped in swaddling clothes. He is lying in a manger adorned with floral decorations. Here too, as in the other panels, the figures are still stylized and the surroundings are not depicted. Presepium (Latin for manger) is inscribed below the scene.

The origin of the abbey dates from 752 CE when Aistulf, King of the Lombards, donated some land to his brother-in-law Anselm, saint and founder of the abbey. Named after St. Sylvester, whose relics it houses, it became a Benedictine monastery and a place of hospitality and pilgrimage. This panel is on the right doorjamb, among other episodes from the Childhood of Jesus.

The panels are of different sizes but are all rectangular. Most of the scenes depicted are surmounted by two round arches and are orientated vertically. There are two sequences, with the earliest episodes at the bottom. The series on the right doorjamb shows stories from the childhood of Jesus, while the panels on the left illustrate episodes from the history of Nonantola Abbey, with particular reference to the figures of St. Anselm, St. Sylvester and St. Adrian.