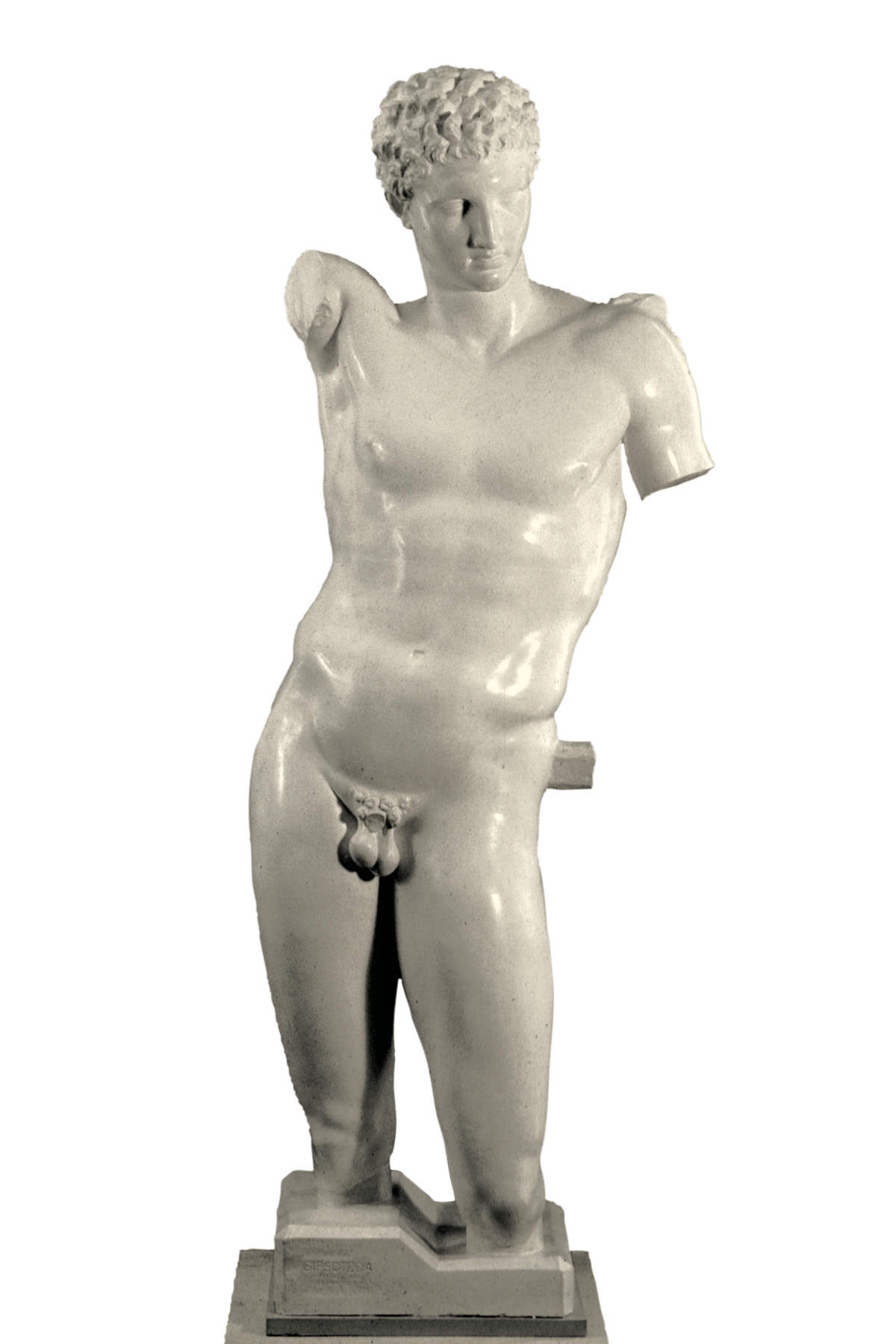 “Enthusiastic apostle of beauty, he, unlike anyone before him, makes it triumph in every one of his works, flourishing, radiant, immortal.” Emanuel Löwy.

“Hermes and the Infant Dionysus” is one of the few surviving original works by Praxiteles. Discovered in the temple of Hera in Olympia, the Parian-marble statue (dated between 340-330 BCE) shows an episode from the myth of Dionysus who, as a small child, was entrusted to the care of his brother Hermes by Zeus. A plaster copy of Hermes is on show at the Museo Omero.

The original sculptural group portrays the god Hermes leaning against a tree trunk that is covered by a cloak, holding the infant Dionysus on his left arm. The god’s missing right arm was originally raised, possibly holding a bunch of grapes.

The copy at the Museo Omero is only of Hermes, whose arms and lower legs are missing. His lithe, nude body leans to his left, towards little Dionysus, and he gazes tenderly at the infant. Hermes, whose portrayal is more human than divine, is characterized by soft sinuous lines. His musculature is not very pronounced.

Praxiteles’ innovative work marked a profound break with the earlier, Phidian, sculpture and gave rise to a new concept of the relationship between man and nature that was to become widely accepted in the Hellenistic period. Praxiteles found himself working in troubled times, with Athenian democracy in deep crisis and the nightmare of new invasions by the Persians – events that contributed to the gradual change in the way Greeks perceived the gods of Olympus. The Olympian divinities continued to be one of Praxiteles’ favourite themes, but they were lowered into a more human, less detached dimension.