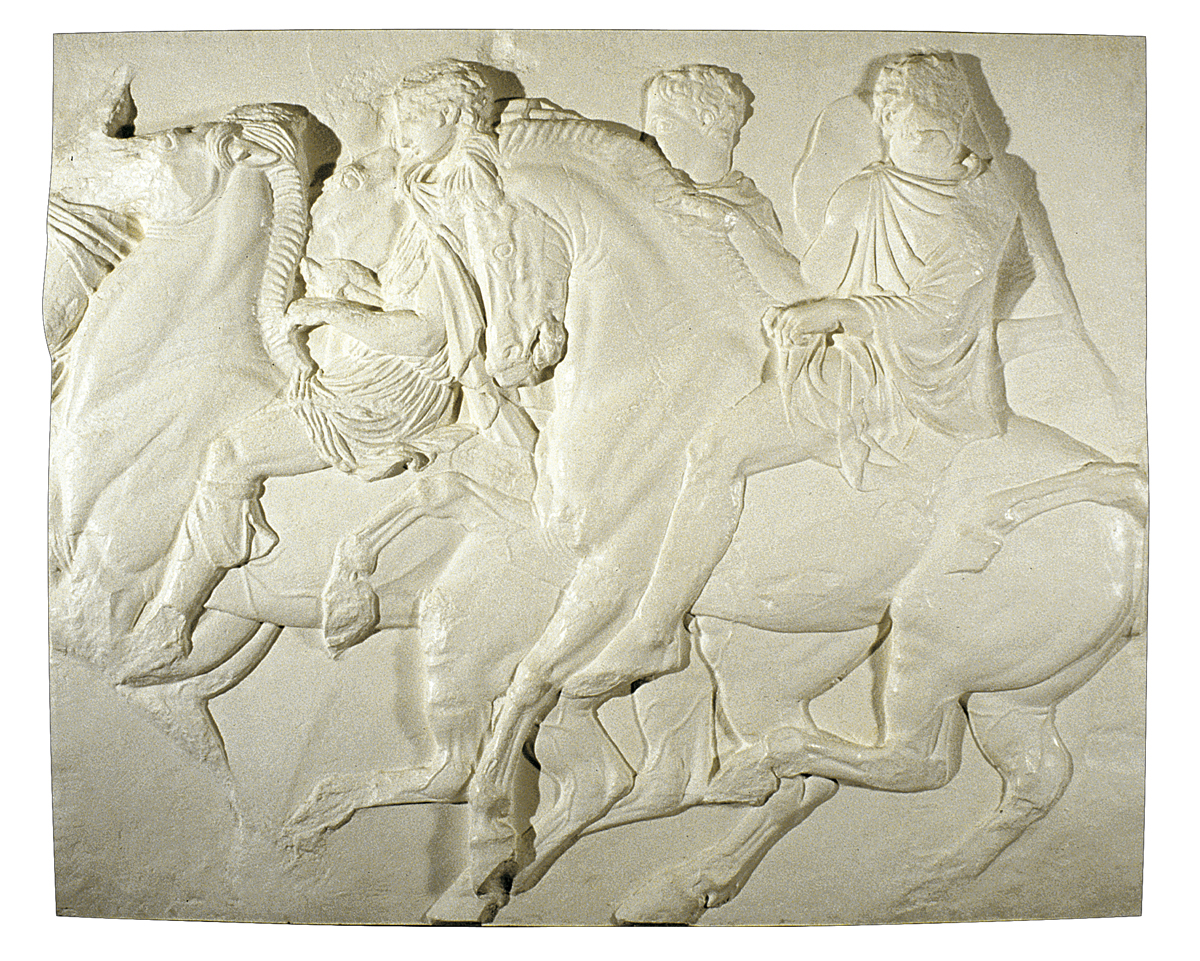 “The Parthenon is really astonishing in its silent composure: so vigorous that, far from being a ruin, it seems that the Parthenon will outlive the entire world” Virginia Wolf.

The sculptural relief reproduces a fragment of the imposing Parthenon Frieze. The Parthenon, situated on Athene Acropolis, is one of the most important architectural monument belonging to Greek civilization. It is a monument commissioned by Pericle, realized by the architects Iktinos and Kallicrates with Phidias’ oversight.

Entirely carved in large marble slabs by Phidia and his pupils, the long frieze decorated the whole external perimeter of the famous temple’s cell. Scenes and characters related to the Panathenaea procession.This endless sculptural narration has been realized with the relief technique.

In the scene depicted in this fragment three men on horseback are disposed one after another according to the depth: the second one is partially hidden by the first one, while the third one is visible because he is situated further in the march, but his relief is lower, more distant from the visitor point of view. The human figures and particularly the horses are modeled with refinement and their anatomy is described with precision, their movement are reproduced in a naturalistic manner. The flowing draperies have the right solidity, appearing light at the same time.

In this procession of Athene people toward Athena’s temple, the horses proceed marching with rhythmic cadence, the movements of the draperies, of the horsemen’s hair and bodies are harmoniously balanced, with their monumental bodies sometimes tilted back because of a sudden rearing.