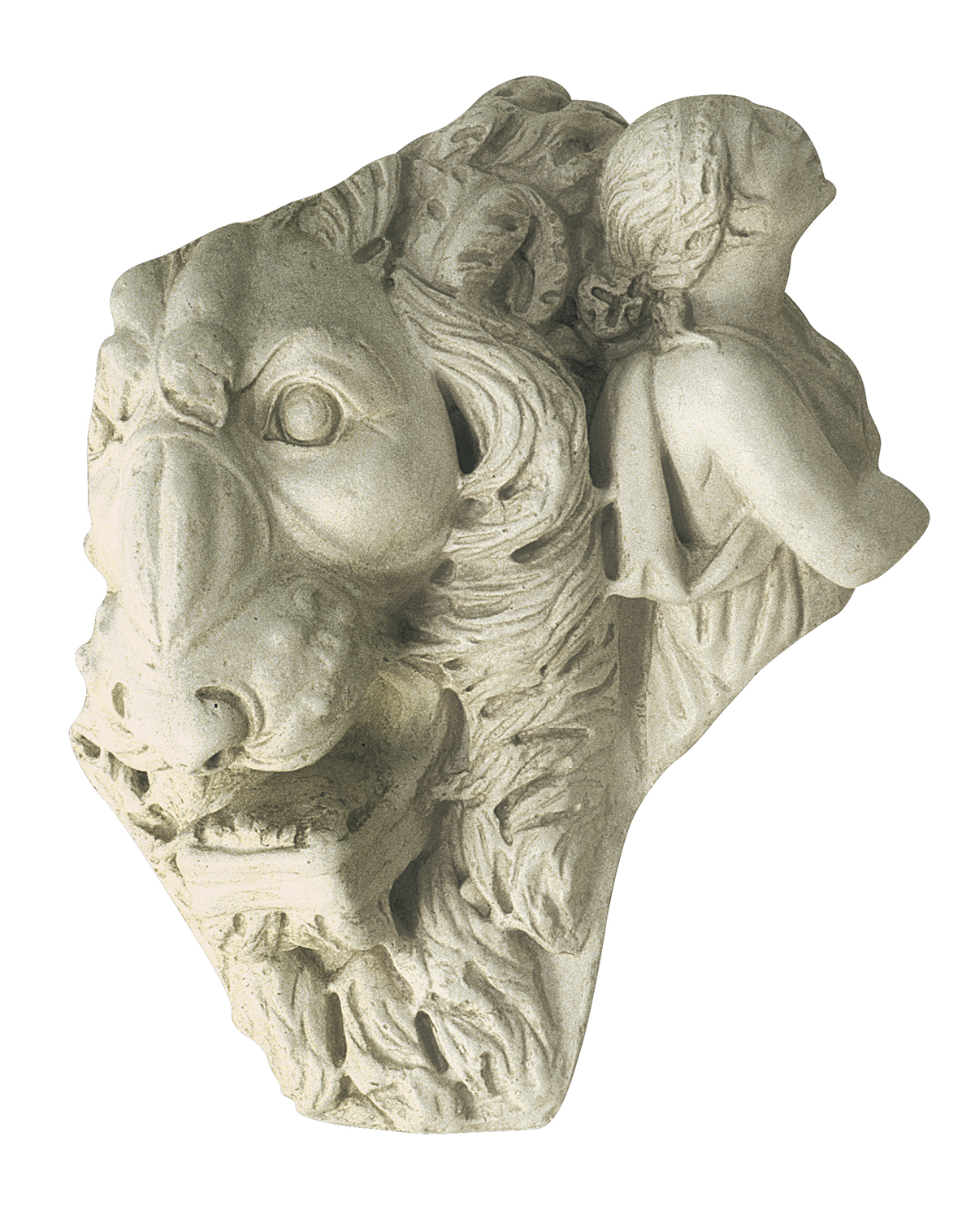 In the Museo Omero’s Greco-Roman area, there is a plaster copy of an original corner fragment from a marble sarcophagus of 270 CE on display in the Musei Capitolini.

The copy, taken from a true cast, is about 40cm high and shows us the left side of a lion’s face with open jaws and a ruffled mane. The sculptor has greatly accentuated the folds of the skin on the roaring lion’s nose and brow – folds that are also clearly perceptible to the touch. Beside the lion’s head, part of a female figure leans against its luxuriant mane – only her face and upper body, in right profile, have survived. The girl is looking upwards, with her hair gathered behind her neck. She is wearing a chiton, a sleeveless tunic and her arm is folded across her stomach.

The image seems to refer to classical iconography: the lion, king of animals and a symbol of strength, often appeared in the retinue of pagan goddesses in ancient times.
Chromatically, both the original and the copy are off-white.

On a tactile level, the contrast between the smooth and the deeply-worked areas of the fragment is striking.
The use of stone or marble sarcophagi was common in Roman culture, particularly from the age of Hadrian onwards (from 100CE), and lasted into the Christian era.
The decorative elements are generally festoons and masks, which accompany sculptural reliefs depicting scenes of war or everyday life. However, motifs referring to the Muses and mythological scenes are also frequent.

The fragment on show at the Museo Omero probably came from a “vat-type” sarcophagus, similar in shape to an inverted trapezoid with rounded-off ends. The image of a lion was quite frequently used on this type of tomb, whose form actually derived from the vats used for fermenting wine which was tapped through a lion’s mouth.