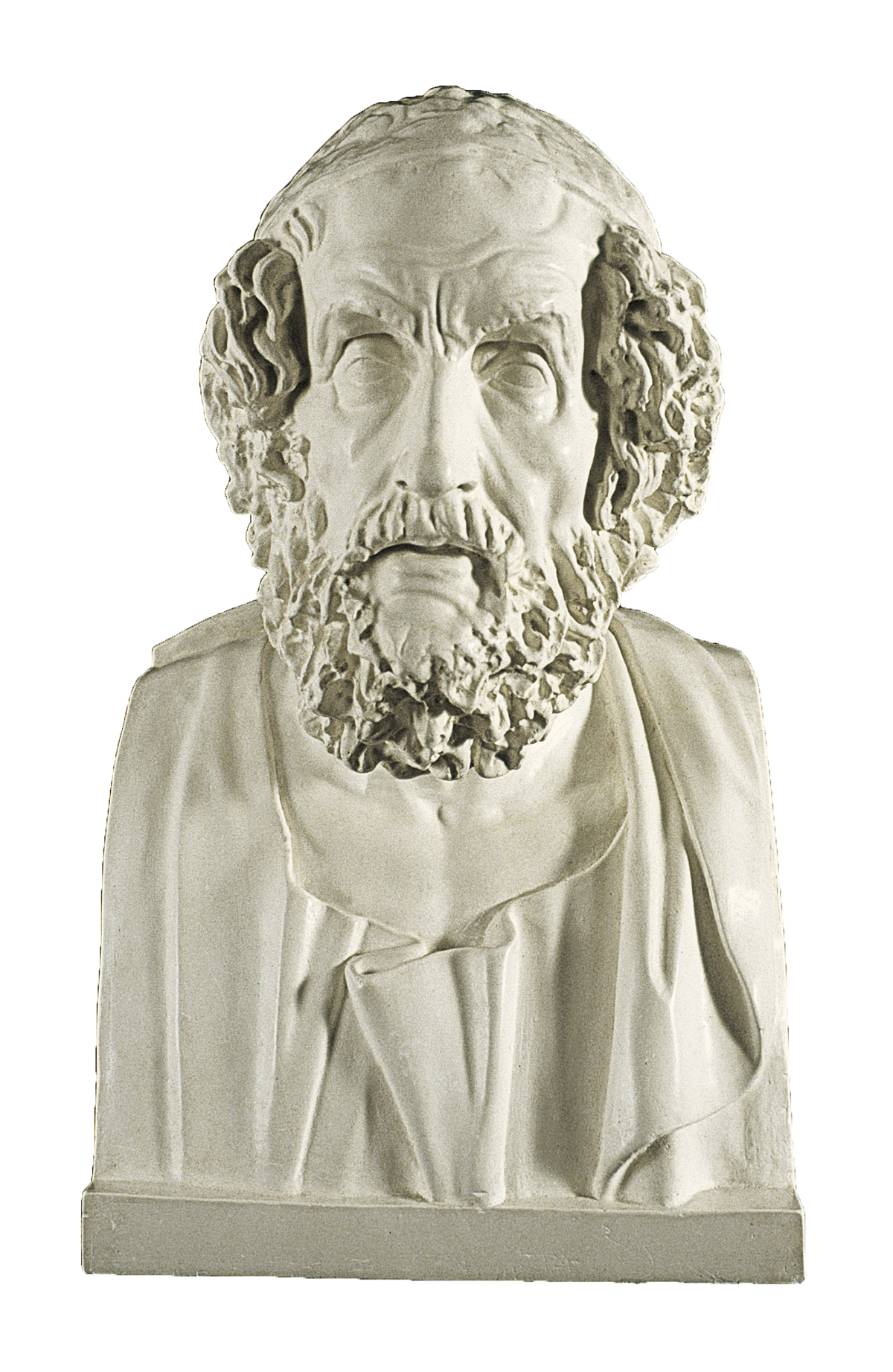 “Everything has been perfected since Homer, but not poetry”, Giacomo Leopardi.

The bust of Homer, the original of which is housed at the Archaeological Museum of Naples, is one of the most famous portraits of the poet. The Museo Omero has a plaster cast taken from a true copy of the original. It shows Homer as he is traditionally depicted: an old, blind man with a thick beard. His hair is tied with a kind of ribbon. He appears to be wearing a very simple garment, a sign of poverty.

The anonymous sculptor has concentrated all his skills in rendering the thin, worn out face, with its prominent wrinkled forehead and sunken unseeing eyes which appear to be looking upwards. These elements symbolize the deep inner life of the poet, whose expression is sorrowful yet aware. His lips appear to be opening as if to start declaiming his poetry.

This work clearly shows the influence of the Hellenistic period of Greek art when the sculptural portrait genre was born. The human being was still the most represented subject, but the Hellenistic artist is inclined to explore his psychological traits and pay attention to the naturalistic rather than the ideal.

There are currently several studies aimed at confirming the actual existence of this legendary poet and the real authorship of the Iliad and the Odyssey. The birthplace of the oral epic poet is not known, although Chios has been suggested as a possibility. The contents of these two great works were undoubtedly part of the most ancient oral tradition. They were a fundamental part of the Greek collective imagination, and would have been recited or sung by an aoidos or a rhapsode. As regards Homer’s supposed blindness, a clue can be found in the meaning of the name itself; Omero (in Greek “o mè horôn”) literally means “he who doesn’t see”.