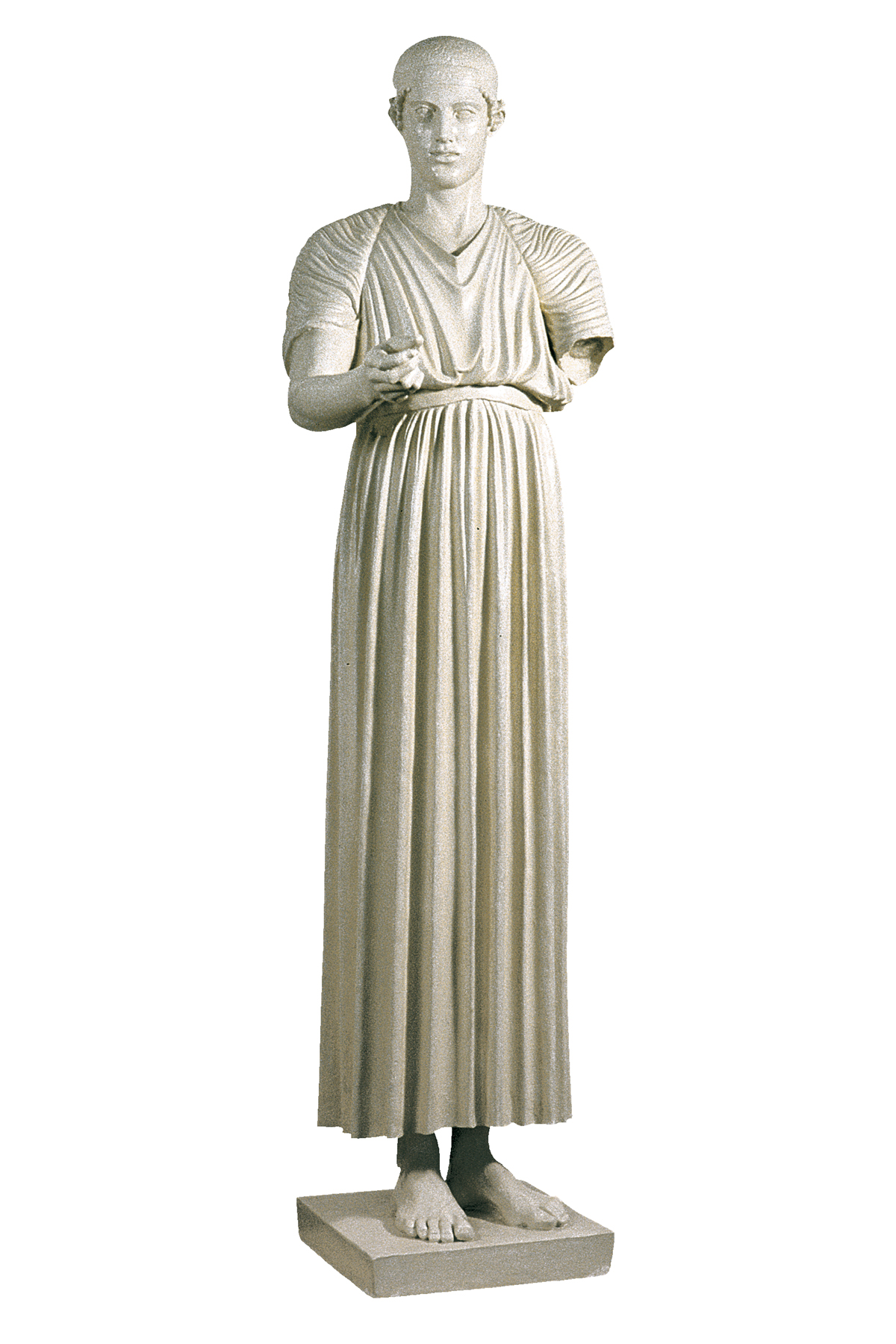 “He relishes the prizes; and to the deepest heart
of Parrhasia, hailed by the people,
Victory called him”.

With these words the Greek poet Pindar describes the winner of a race during the Panhellenic games dedicated to Apollo.

“L’Auriga di Delfi” is a masterpiece which was probably created by the sculptor Sotades in 474 BCE. The statue was originally part of a votive bronze sculptural group, originally situated in the temple of Apollo at Delphi. It depicted an entire quadriga complete with its four horses abreast and chariot where the Auriga stood.

The sculptural group was dedicated to the God Apollo by the winner of the quadriga chariot race in the Panhellenic games, as an inscription at the base testifies. It is assumed that the group was commissioned by Polizalos, the tyrant of Gela (a Greek colony in Sicily).

This sculpture, which shows an idealized portrait of the donor, is the only part of the group to have survived. The figure is developed along the vertical axis and the athlete is shown wearing a “xystin”, a long tunic, tied at the waist, which was used in races. It conceals the anatomy of the body, transforming it into a deeply grooved, cylindrical mass reminiscent of the shape and fluting of a Doric column. His right arm is stretched forward, the only suggestion of movement, with his hand holding the reins.

The sense of life animating the work can be seen in his arm and feet, where precise modelling shows all the details of his tendons and veins. The lovely face is harmonious, its expression is no longer Archaic. His curly hair frames his face and he wears tight headband which is decorated with an angular “meander” motif. The fine details were added using a burin after the statue was cast.

Athletic games were considered sacred by the Greeks: votive offerings were a type of gift to the gods who were seen as benefactors and protectors.