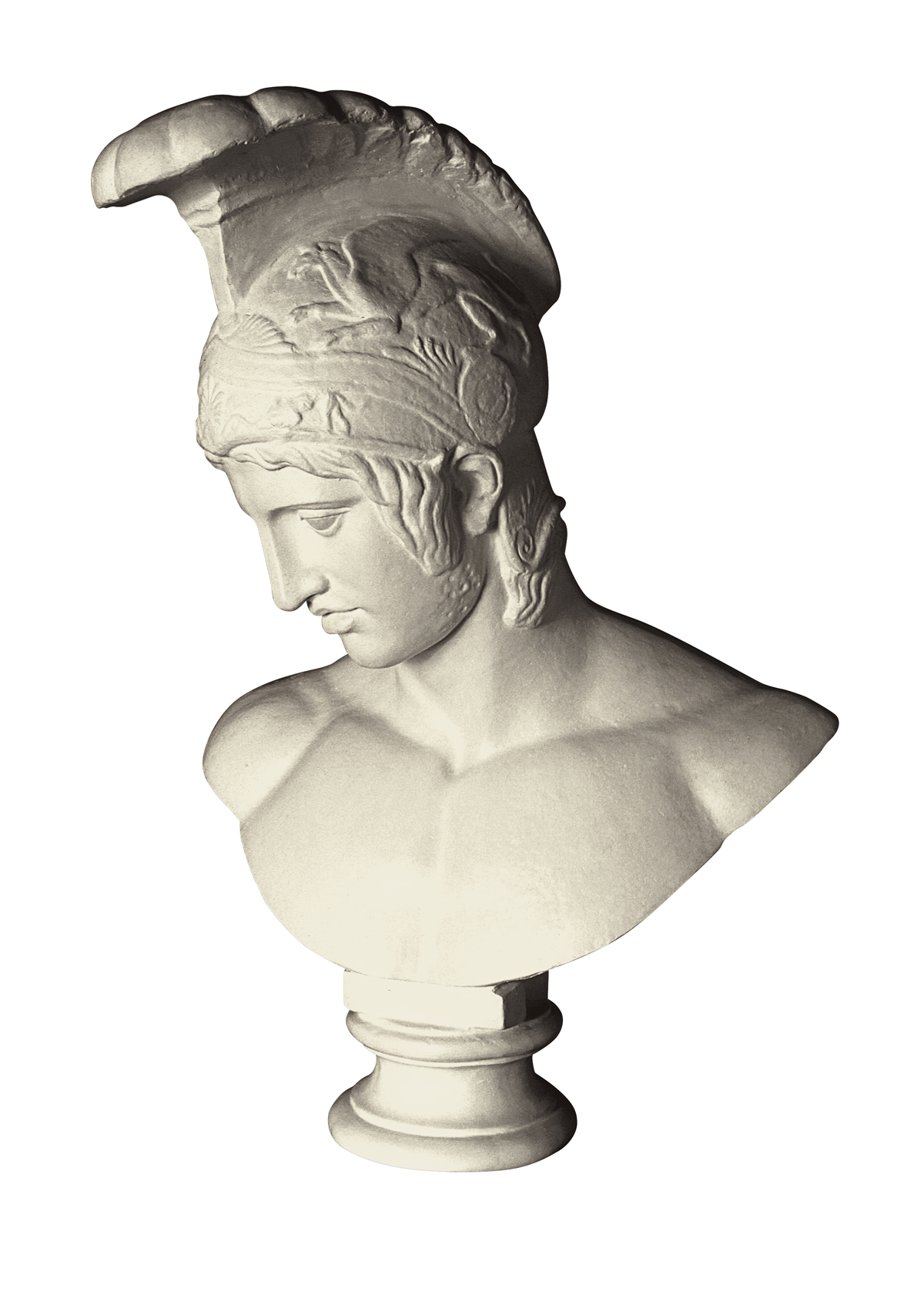 “Ares, superb in strength, chariot driver, golden helmet, evil heart, shield bearer. Saviour of the cities, girded in bronze, strong of arm, ruthless, mighty with spear, O defence of Olympus, father of a warrior”, From one of the Homeric hymns.

In the Museo Omero there is cast from a true copy of the bust of the Ares Borghese, which is about 80cm high. The original statue, carved in the round, depicts the entire warrior but our cast reproduces only the bust and head.

Ares’s face is turned to his right and he appears to be gazing slightly downwards. His long locks of hair extend below the rim of his helmet, touching his neck and cheeks. The sculptor has paid careful attention to the details, even showing a slight growth of beard on the lower cheeks. His descriptive abilities can also be seen in the decorated helmet, with its plant motifs, the two griffins on the cap and the two dogs on the visor. The crest was added in the 19th century, probably to recreate the lost, original one.

The complete statue was carved from Pentelic marble during the reign of Hadrian (117-138 CE) and is on display at the Louvre Museum in Paris.
Over 2m high, it depicts a nude male body in a resting posture. We do not know the name of the artist, who possibly reproduced an original Greek bronze, made by Alcamenes between 430 and 420 BCE.

The figure can only be identified as Ares because of the helmet and the ring on his right ankle, which, according to myth, was given to him by his lover, Aphrodite.
The statue was part of the Borghese collection (as the name suggests), but was sold off by the family to Napoleon in 1807, along with other important works.